skip to main | skip to sidebar
It was a beautiful weekend. We even had lunch out on the patio with not a cloud in the sky and a buzzard soaring overhead.

It was almost too hot for digging, but I have started to dig in the compost in the bed where the spuds were. Of course I have uncovered quite a few tubers that I missed.

I wanted to empty the compost bins out to make room for all the finished veg plants such as the runner beans and sweetcorn that I am pulling up.

I am quite pleased with the soil condition. I can put the spade right in without resistance and it crumbles relatively well. But some more compost won't go amiss. 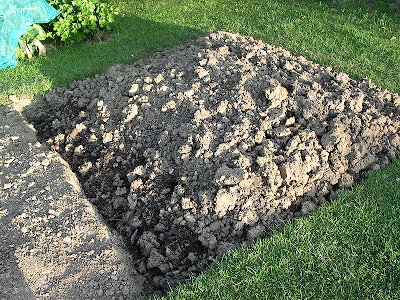 I am getting a bucket of coffee grounds every week from my work canteen; I add it to the compost bins. It has a lot of benefits including a high nitrogen content, helping to heat up the compost pile, improving soil condition and attracting worms. 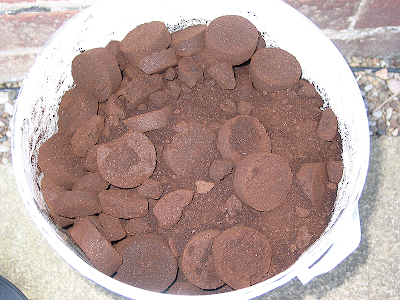 In the greenhouse, the plants are coming to an end. I retired three tomato plants and picked off all the fruit (both red and green). There's not much fruit left on the remaining plants so I expect next weekend I shall remove the rest.

I've spread the spent compost from the tomato containers on the front borders, where the soil has become like iron and reminds me of what the soil in the veg beds used to be like.

These are tomatoes before the clear out. 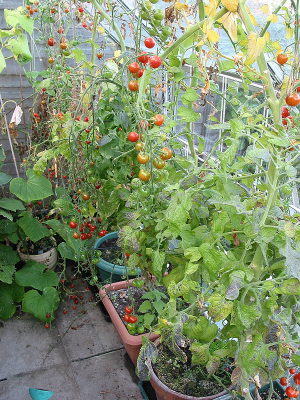 I picked all of the chillis and pruned back the plants with the idea of overwintering them. I didn't succeed last year so I don't mind if they don't survive to next year as a fresh sowing was very successful this year anyway. I think I have over 100 chillis and they have a nice heat to them.

There have been some nice green peppers but not as many as last year. I put this down to the chilli plants which I think shaded out the peppers and the aubergines.

I have had no aubergines at all this year despite good leaf growth and flowers but again I think the plants were too well shaded.

The melons have produced six small but tasty fruits. Not a great haul.

The leaves of the strawberry plants were removed and the soil around them weeded. Looking at that soil, an addition of compost wouldn't hurt either. 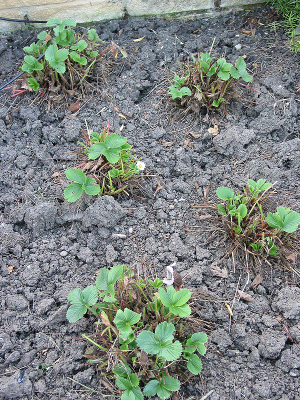 The runners were potted up for next season's new plants to replace the old ones on a three year cycle. I got plenty of new plants with enough to give away or swap. 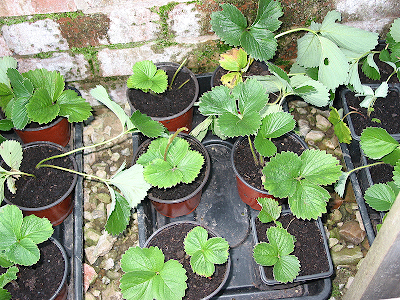 There are still late blueberries on one bush but they have a sour tinge and therefore are not great, perhaps they need mixing with other berries and a bit of sugar. 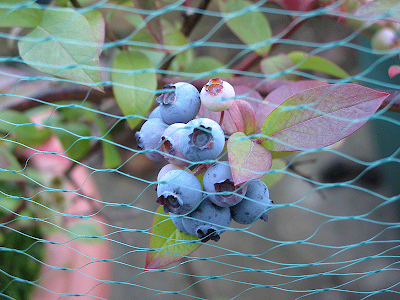 I picked the apples and most of them are of a good size. The unblemished ones were wrapped in paper for long term storage. The rest I have been cooking with the blackberries. 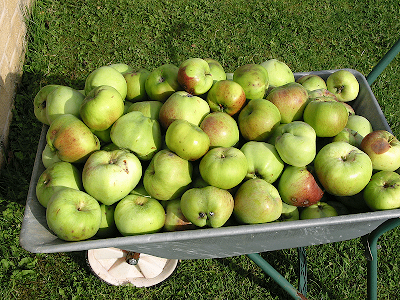 The pear tree has a serious case of rust and I'm not sure what I can do about it. Next year I will be more vigilant and remove affected leaves. I will also check the stem for signs of disease where the spores might reside. 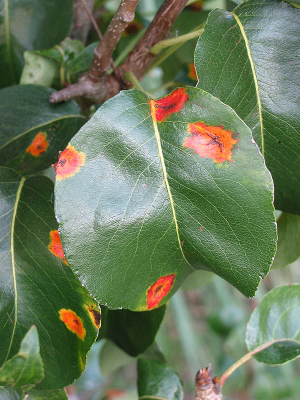 Around the rest of garden the leeks are fattening nicely. 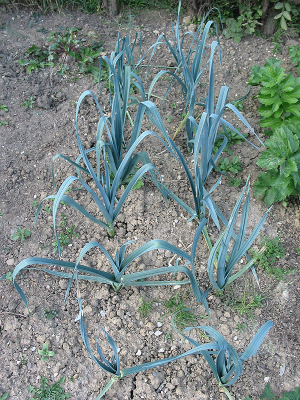 The parsnips have rapidly leafed up but they were late in the ground so I am impressed that they have done so well, but I am not sure what is happening underground. 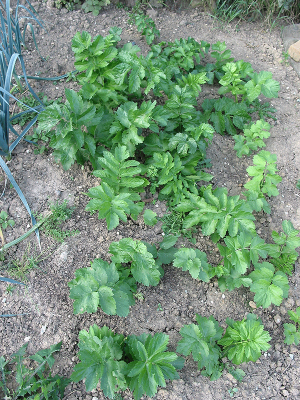 The purple sprouting broccoli is pushing out of the protective environmesh, I need to make a veg cage for them. 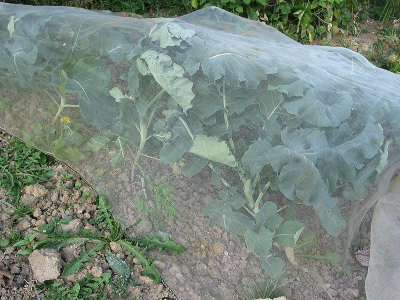 The asparagus has lots of green feathers. 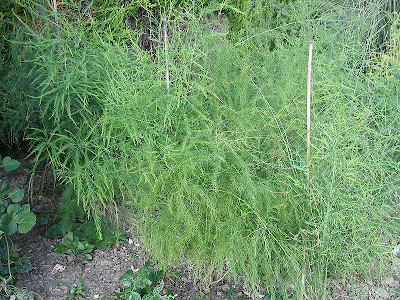 Finally I have ordered seeds for next year but only those that I need to replenish. Mostly I can still use last year's seeds but I will use fresh carrots and parsnips seeds (old seed has a poor germination rate). I also ordered a greengage tree which won't arrive until March. Now that the Leylandii hedge has been removed on the south side I reckon it will allow me to grow another small tree. 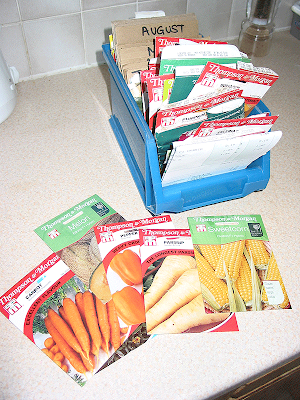 There is a cool, autumn feel in the evening air now. Has the season finished already? Certainly the courgettes are slowing down and the runner beans have finished flowering. So all I am doing at the moment is harvesting.

Although there weren't many plums or pears, they did taste nice and bodes well for future years. In the beds there are are a few beetroot left still, some spring onions, runner beans, borlotti beans, courgettes, sweetcorn, dwarf beans and pumpkins. For later harvesting there are turnips, leeks, parsnips and purple sprouting broccoli.

The strawberry plants need weeding and they have sent out lots of new runners with plantlets which I will pot up for next year's plants and replace the older plants as needed which is after 3 years of fruiting apparently.

In the greenhouse the melons look good and should be ready soon along with the peppers. As usual I'm getting lots of tomatoes and the chillis have been exceptional this year.