I've not had many free weekends of late and the garden has had little but much needed attention.  However, I took some time off work for half term and had a thorough tidy up.

I've continued to dig the beds and apply all the compost I had, but I soon ran out.  I never have enough. 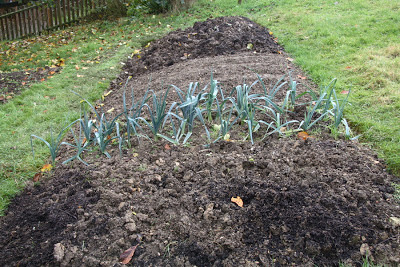 But I still have some work to do on the bottom bed that got choked with weeds.  I do have some nice leeks though. 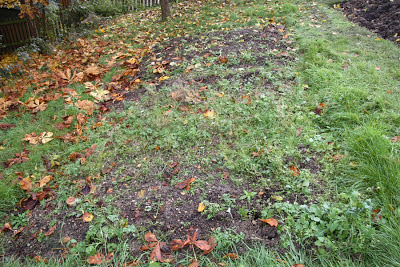 The soil is slowly improving but still is largely clay lumps that don't break up easily.  I'm still digging up large stones too. 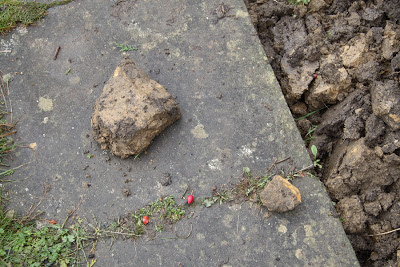 At least the onion sets I planted have sprouted. 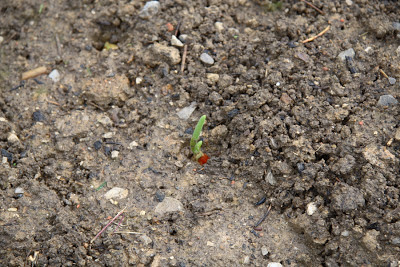 I chopped down the asparagus ferns, weeded and covered with a good layer of used compost.  I have covered the bed with net cloches to keep the neighbours cats off which like to use it as their toilet.  Yuk. 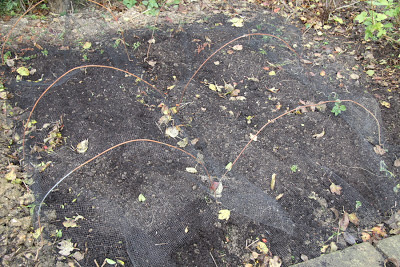 As soon as the compost bins are emptied, they are filled again with weeds, shreddings and leaves.  I have lots of leaves to collect to make leaf mould which is very good for breaking up clay soil.  So it's worth the effort. 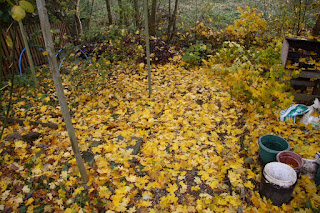 It doesn't take too long to collect a large pile. 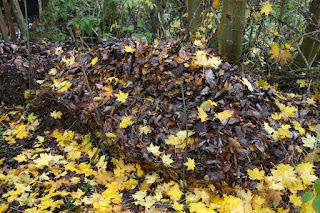 The blackberry harvest this year was very good.  The plant has thrown up plenty of new shoots for next year.  I cut back all of this year's growth and shredded it and then tied in the new growth. 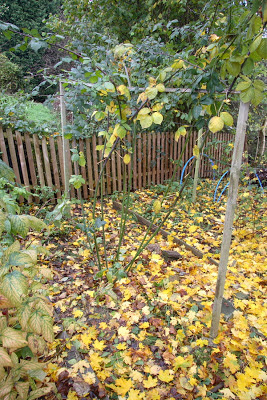