Finally a nice weekend and I made the most of it. I potted on the tomatoes, chillies, peppers, aubergines and melons into 3" pots. 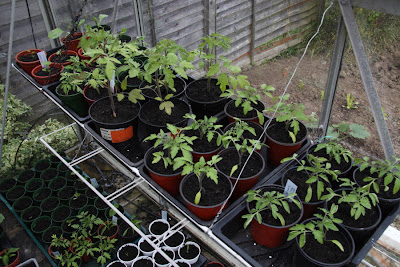 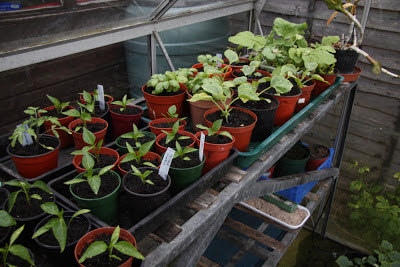 The dwarf beans have finally germinated and there are signs of life from the sweetcorn and climbing French beans. 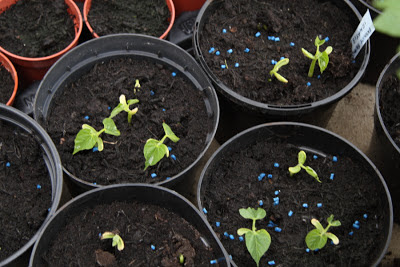 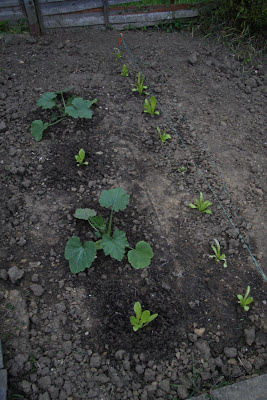 The peas went out too with their supports.  Behind them are the broad beans which are full of flower, I'm expecting a good crop. 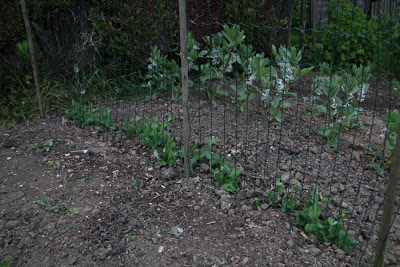 At long last the potatoes have emerged and I've earthed them up. 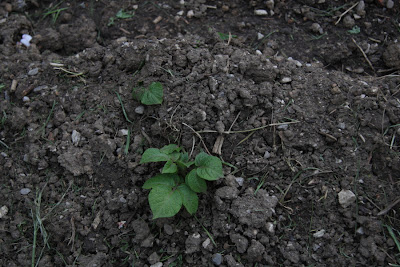 The beetroot went out too along with the onions I grew from seed.  I should have plenty of onions again after a failed crop last year.  No garlic this year though. 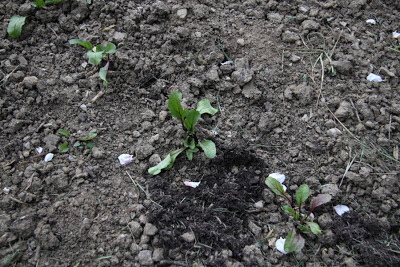 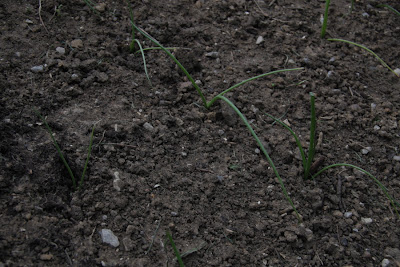 It took some time to plant them as the soil had dried out and was quite hard to dig.  If only I had soil like Monty Don who seems to be able to plant his veg by digging with his hands!  Will my soil ever be like that?
Posted by Unknown at 20:43 No comments:

Another month has passed since the last entry, the reason being that as before nothing much has happened.  The beds still look quite empty of crops but the greenhouse is beginning to green up.

So I have trays of seedlings.  These are beetroot which I will probably plant next weekend. 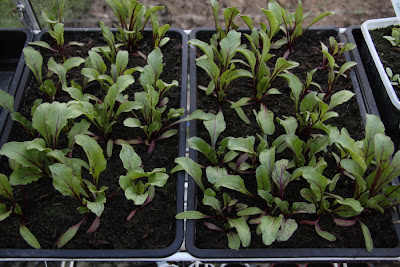 And some lettuce, I'll need to sow some more for later harvests. 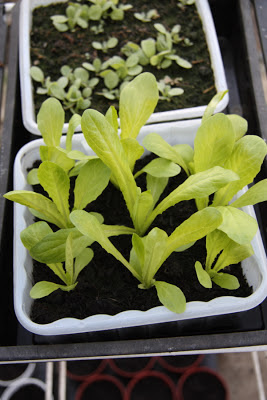 On the other side of the greenhouse are the tomatoes, chillies, peppers, aubergines and basil which all need pricking out. On the floor are the sweetcorn and climbing french beans which haven't germinated yet. 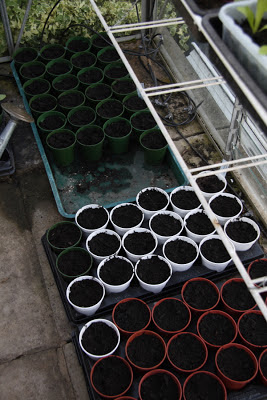 I had a few spare pink fir apples so they went into a bucket for an early crop and they are growing well. 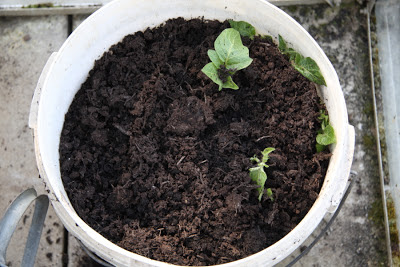 Outside the beds are largely bare. 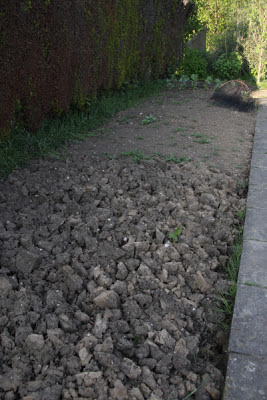 This is the potato bed with eight rows, nothing showing. 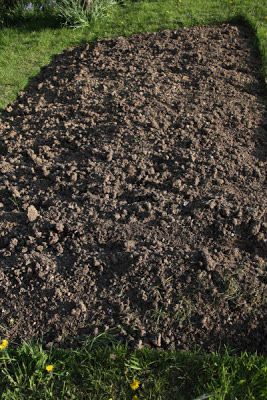 There are some onions, the largest being those that overwintered and the sets I planted a few weeks back are showing, plus I have some seed grown onions to plant too.  Under the mesh are kohlrabi which I planted last weekend. 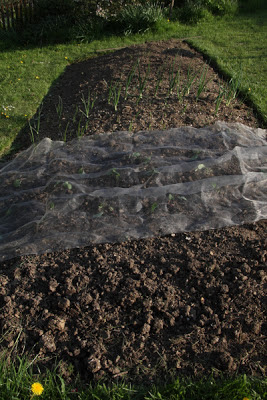 The broad beans are flowering, not much will stop them. 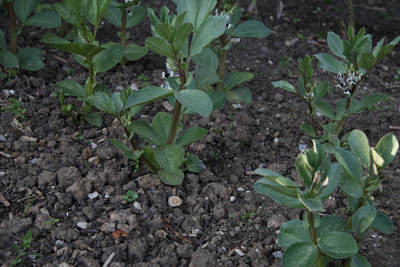 The newly planted asparagus I grew from seed look anorexic compared to the established shoots.  It's not been a bumper harvest just two meals so far. 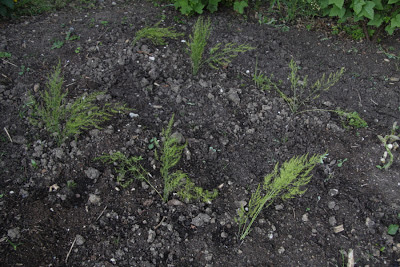 The strawberries appear to be free of virus this year.  I removed the plants that had contorted fruit and leaves which I assume was due to virus, whatever the plants look to be normal although the plants are not so big and there may not be so much fruit this time. 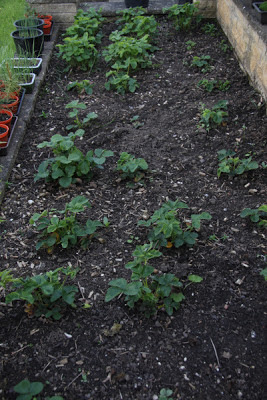 There has been plenty of blossom this year and the pigeons have not eaten it (so far) although they are pecking at the leaf shoots on the plum tree.  The apple looks good now in the evening sun. 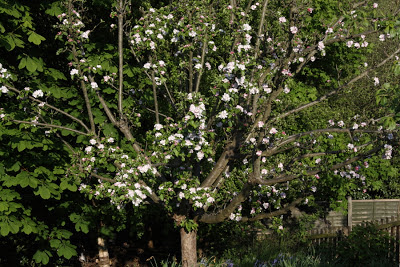 Also the cherry is full of flower and shows promise for some fruit later on which will be a first. 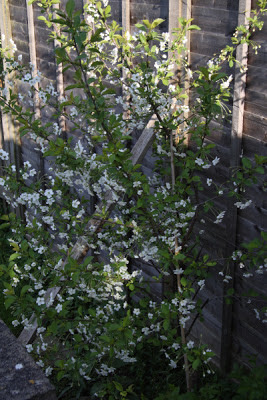