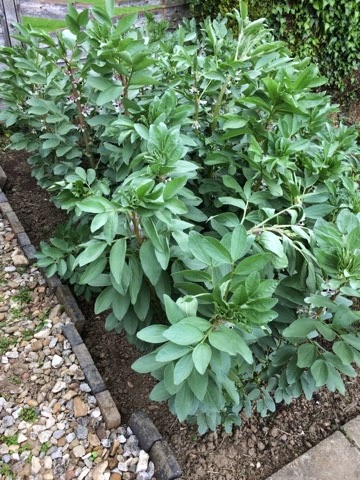 There's plenty of leaf and flowers on them and they are about 1 metre tall.
The kohlrabi looks pristine under the protective netting and the peas from Sarah Raven (alderman) are huge compared to the meteor variety, they may outgrow the supports. 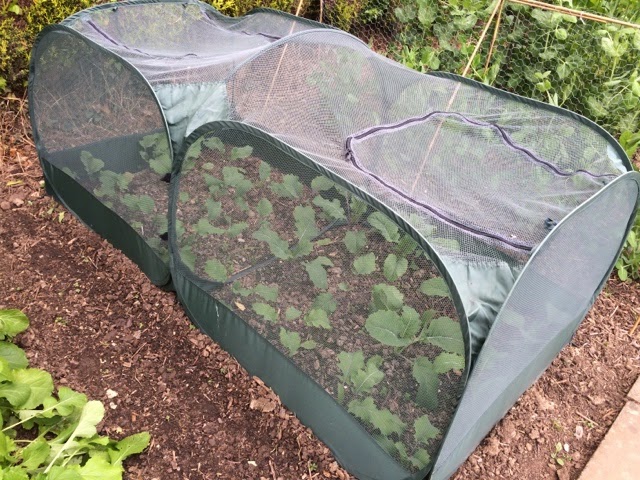 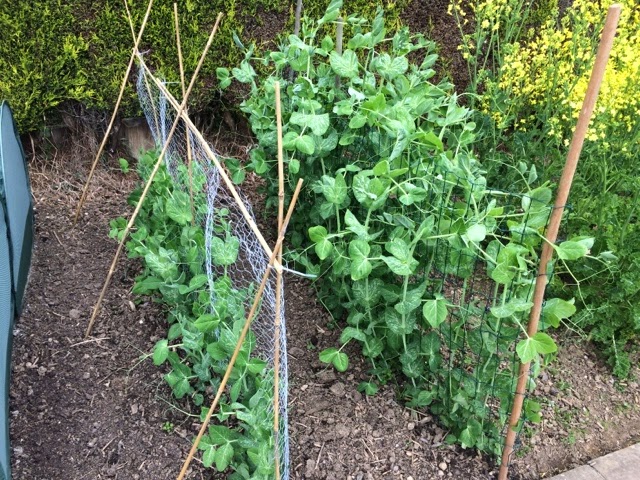 The spuds in the bottom bed are all showing and I've earthed them up with a combination of soil and garden compost.  The middle bed is planted up with climbing beans, borlotti beans, munchkin pumpkins, dwarf beans and some Tigerella tomatoes.  All had a liberal sprinkling of blood, fish and bone. 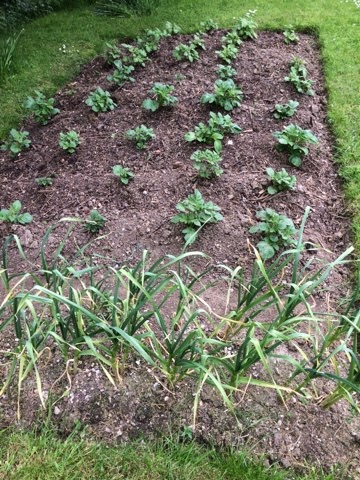 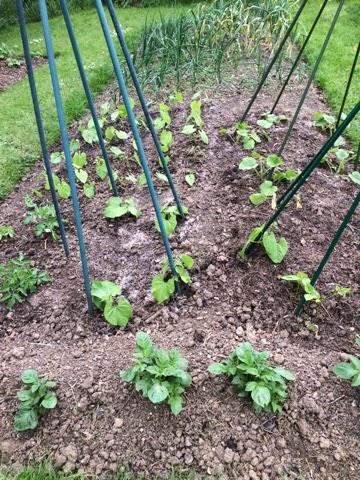 The strawberries are also netted (partially)  I need to get some more netting cages which fit the bed width perfectly. They look so much better than the home made  blue water pipes and scaffolde'rs netting.
I showed some radish in the same row as the parsnips so as to mark the row's  position. This has worked well. I've been pulling lots of radish and the parsnips have appeared in their place. 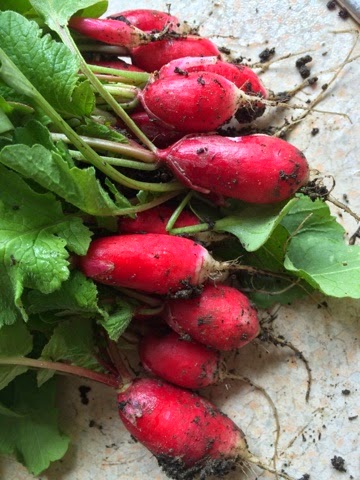 They have been some of the best tasting and consistent radish too. I've sown another row.
Posted by Unknown at 16:01