The plants in the greenhouse seem to be a bit later than last year, but I didn't keep notes so I can't be sure. The aubergines are flowering.... and so are the chillis... 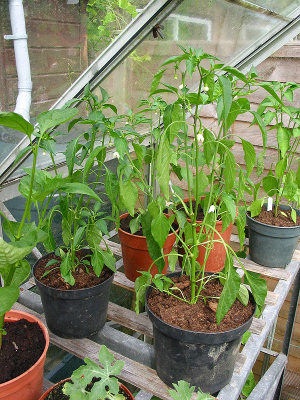 and finally the first of the tomatoes (Gardener's delight) are ready for eating. 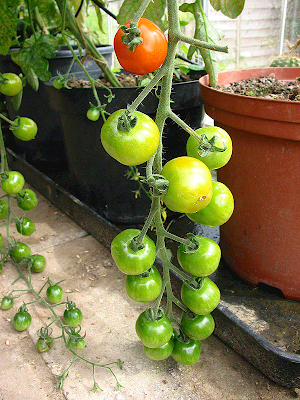 But the outside tomato plants (sub arctic plenty) have formed about 2 or 3 trusses and that's it. The growing point is not there anymore which is strange. As a result the plants are only about 2 foot tall. They better taste nice! 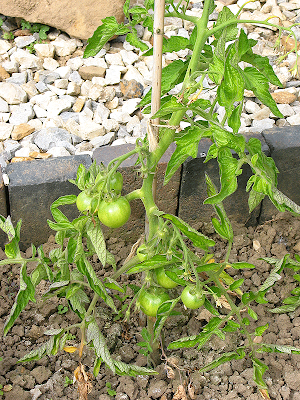 I dug up the spring planted onions as they had mostly fallen over and were a good size. The weekend weather was lovely and hot, perfect for drying onions. 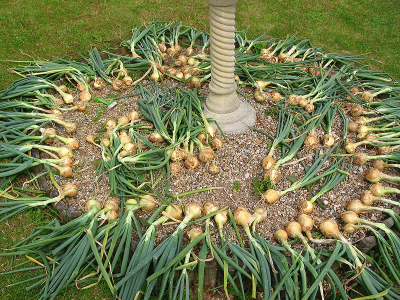 In the place of the onions I was going to plant a pumpkin but I decided two more squash plants would be more productive. They have lovely large yellow flowers, but only last for a day. I dug in a good few spadefuls of well rotted farmyard manure that I collected last January, it's turned out really well. The soil was really dry, I'm amazed the onions did so well and the leeks before that. 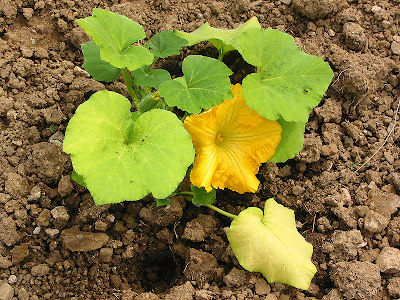 The runner beans are ready at last. 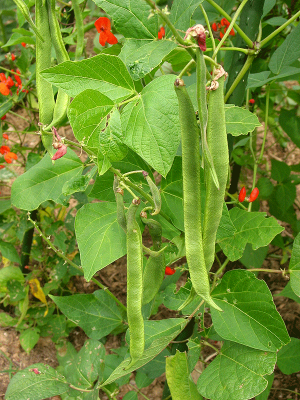 I'm not so sure about the sweetcorn. It is starting to show the male flowers (and at the top and on some the female flowers are showing too. But most of the plants are no more than a few feet tall and don't seem to be as tall as last year. Again, this might be due to the heavy clay soil drying out, despite me mulching heavily with grass cuttings. 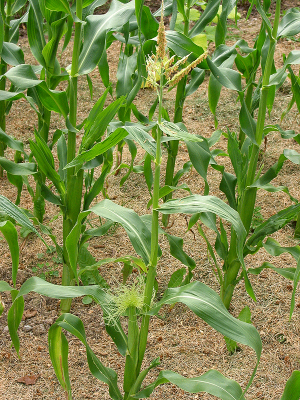 The harvest continues! The last of the overwintered broad beans were picked. A few had gone too far but there were some that could be popped out of their leathery skins after cooking and were made into a spicy dip. In place of the broad beans were planted two butternut squash. 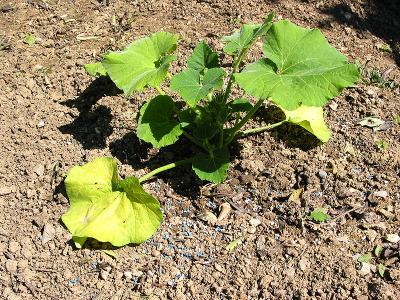 It's goodbye to the overwintered broad beans and hello to the spring sown beans, and it's a very impressive crop. 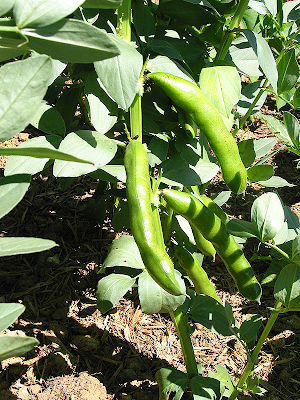 The shallots were dug up as they were falling over and looked ready but also I used the space to plant out the pathetic parsnip plants as a last gasp attempt to rescue them. It's probably too late for them really but I have nothing to lose. 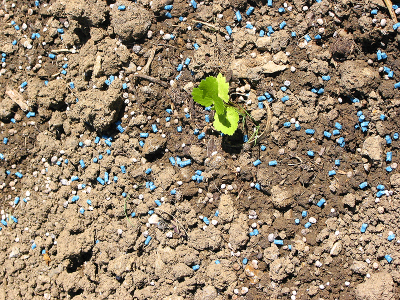 I'm still not sure why they didn't grow well. I have a suspicion that it may be due to a new hose I bought from Wilkinson's. When I turned the water on it came out smelling stongly of Jeyes fluid and foamed a lot. I don't think that would promote plant growth and several other plants appear to have suffered. But maybe the home made potting compost was to blame as there was too much clay in it I reckon.

For example, the dwarf beans struggled at first, but now they are planted out they are starting to look good. 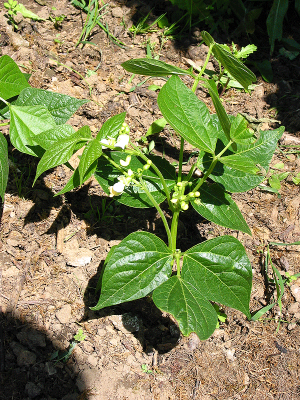 The sweetcorn has struggled and I put that down to a cool summer so far. I'm not alone it seems, the grapevine forum members are also worried about the lack of swelling cobs. I'm hoping there is a hot spell coming to bring them on. 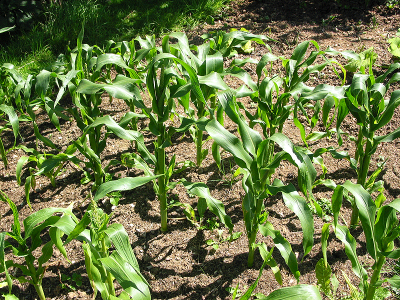 The spring planted onions are starting to bend over which indicates they are ready for lifting. I could plant a pumpkin in the space. 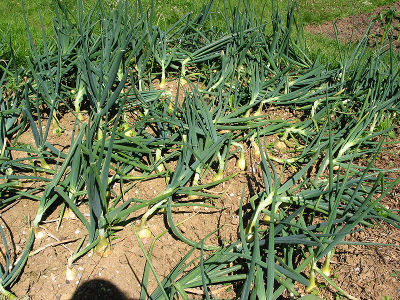 The garlic cleaned up nice too despite my concerns with the rust, although the bulbs are a bit on the small side. I had a go at plaiting them, but I didn't take a picture. 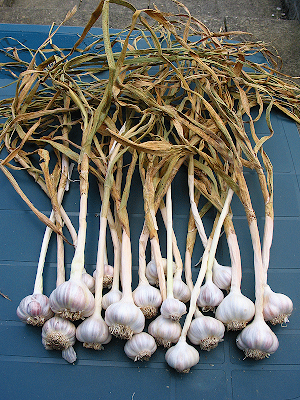 Finally, the beetroot are growing well and starting to swell. 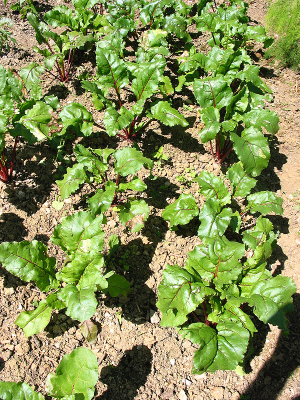 This weekend saw the first tomatoes being picked from the greenhouse. They were nicely complimented with some freshly cut lettuce. More turnip and kohlrabi were dug up and the kohlrabi made an absolutley wonderful casserole! Yet, I have never seen it for sale in a supermarket, that's probably a good thing as with today's prices it would probably be sold at a premium.

I've been challenged by my better half to show that this veg growing lark is actually saving money. So I'm going to keep a check on how much I spend on seeds etc next season and then cost up the yields against supermarket prices. It's not all about cost though, the freshness and taste make it all worthwhile.
Posted by Unknown at 20:37 No comments:

Lots of tasty veg was harvested this weekend. You can't beat strawberries! 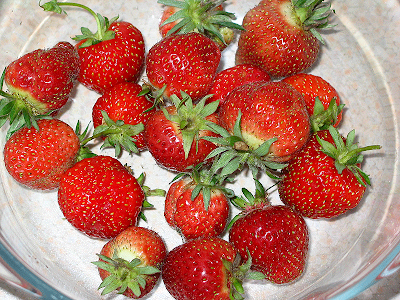 There weren't many peas but they were incredibly sweet and no sign of the dreaded pea moth maggot. More of these may well be grown next year! 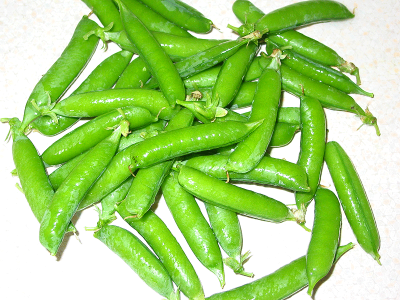 I risked emptying the early potatoes grown in buckets. The soil was quite dry despite what I thought was regular watering. The clay loam I'd used did not have enough compost in it and had formed into solid clumps. As a result there weren't as many spuds as I'd hoped. However, they tasted very good but were rather floury. Next time I'll select a waxy spud, perhaps International kidney which is Jersey royal in the shops. 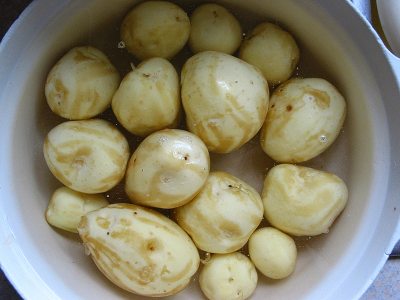 The overwintered onions and garlic were lifted and left to dry in the sun (when it shined). The garlic is acceptable despite the rust, it certainly smells good! 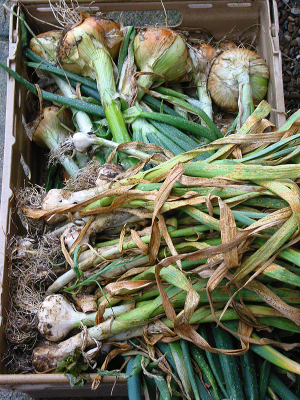 In the gap, some more dwarf beans and leeks were planted.

Also harvested and eaten were the little gem lettuce (very good), more overwintered broad beans, two courgettes (stuffed with broad beans), kohlrabi, turnip (mashed with carrots) and radish (these were too old and were a bit woody and hot).

The broad beans are nearly finished and the spring sown ones are now ready to take their place.

In the kohlrabi gaps I planted some flat leaved parsley.
Posted by Unknown at 14:19 No comments:

Everything is now planted out so now it is a matter of keeping on top of the weeds and harvesting the delicious produce.

First up in the greenhouse the cucumbers and tomatoes are fruiting. 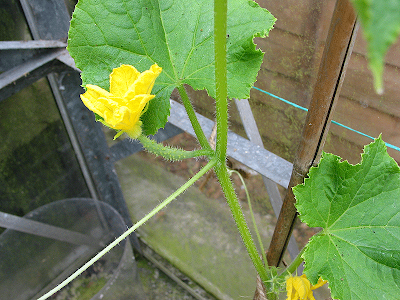 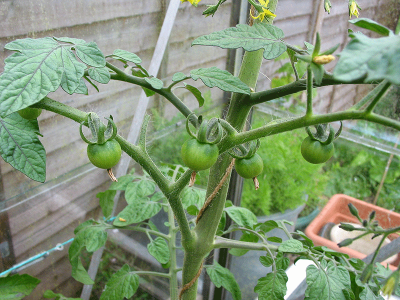 Outside there are some good looking turnips. These are so easy to grow and several sowings can be done through the year. 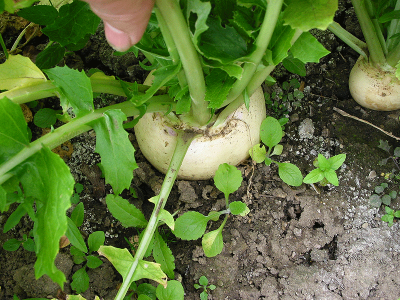 I picked the first courgette last weekend. As usual it was left a little too long and was really a baby marrow. There are many more on the way. 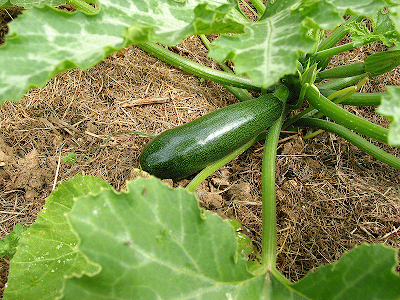 The lettuces are just about ready, I need to sow some more to fill in the gaps where veg have been pulled. I sow 6 single seeds at a time in modules; this system is working well. 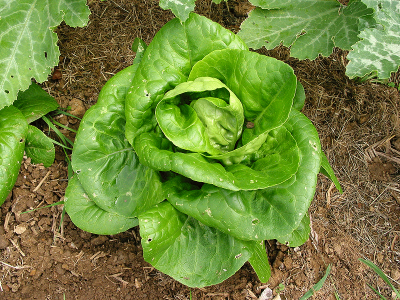 There are a few peas coming along but the plants have not grown well, I put that down to the poor soil I have planted them in (as you can se in the photo) plus they are under the apple tree so they get a fair bit of shade. 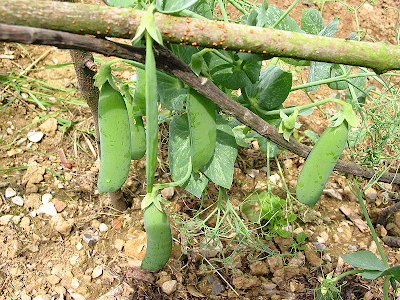 The raspberries are bigger and better than last yearand there are signs of flower buds already. The only downside is that it may be difficult to pick them all fom that jungle. I'm quite proud of the retaining wall I built from old paving slabs. It will provide a firm footing for the picking, before it was a very slippery slope the steepness of which is not appreciated in the photo. 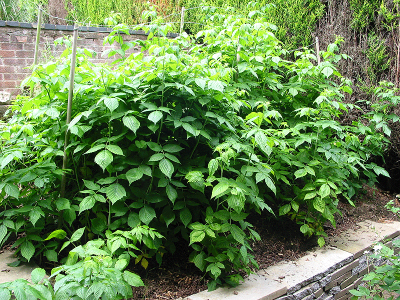 The tayberry was planted in the spring of last year, the plant is still quite young but will produce a reasonable crop, unless the birds find them first. 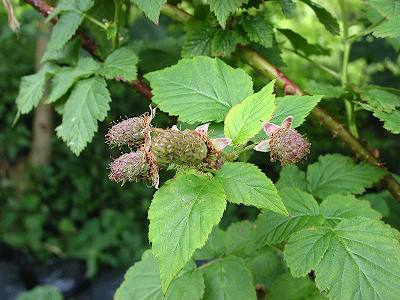 The blackberry was planted at the same time as the tayberry but it has put on a lot more growth and there lots of promising flowers. 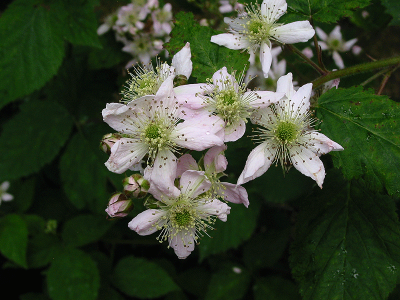 The shallots are swelling and pushing out of the soil. I should remove the soil away from the bases which will aid ripening. 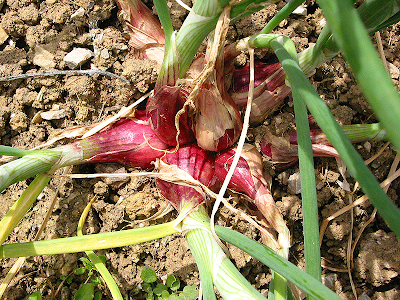 Strawberries: nice size and very sweet. I think the squirrels have had a few though.
Broad beans: I shelled them from their leathery skins this time and were better for it.
Kohlrabi: I read that you can cook the leaves as spring greens, so two for the price of one.
Onions: plenty of these!
Posted by Unknown at 19:11 No comments: