The snow and ice have not been conducive to going outside into the garden. Even the greenhouse has been suffering. Only 3 pea seedlings have emerged from the 30 I sowed in November. In fact the compost has frozen solid, so I doubt I'll get anything now and I will have to do another sowing maybe later this month. The temperature dropped to -8°C. And it appears that my greenhouse got to a maximum temperature of about 48°C during the summer! I don't remember that. 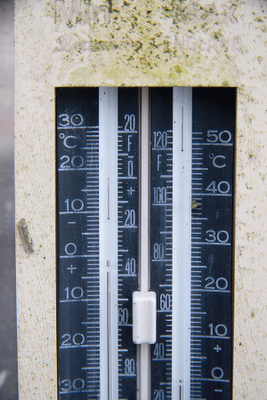 The chilli plants didn't make it so I'm glad I kept one indoors that is just about holding on. 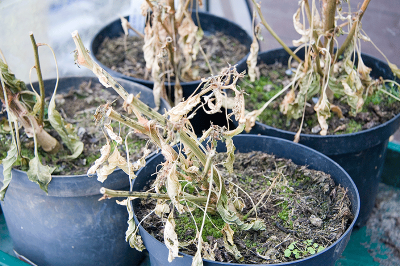 Even the broad beans have suffered, but I expect them to bounce back. 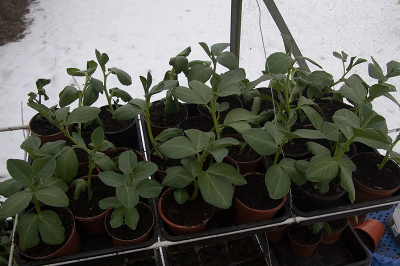 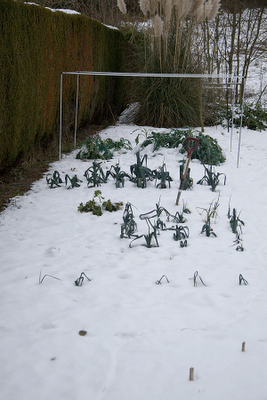 The ground was partly frozen but I sill managed to dig up some leeks. 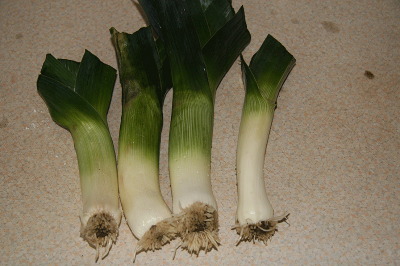 I also dug up a half decent parsnip much to my delight. It actually looked like a proper parsnip with a long tap root; tasted good too. I don't know why I didn't take a photo.

I got the veg cage at last (see side bed photo where you can see the frame) and I ordered some netting off the internet, as the local garden centre didn't have any. So I need to cut and fix the netting in place but the weather is wet and miserable. It shouldn't deter me really as the pigeons are not taking a rest from stripping the PSB of leaves.

The Brussels sprouts are a good size and tasty. 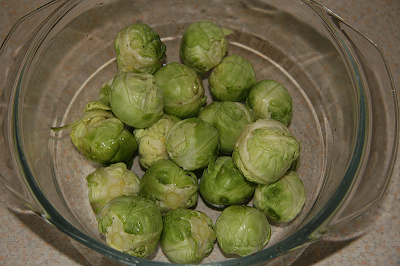 Finally, I started off a sweet potato in a mug of water after I listened to Gardener's Question Time on Radio 4. Bob Flowerdew who is a panellist on the programme, recommends starting them early (January) in buckets, but I think this variation might have more success as documented on this blog 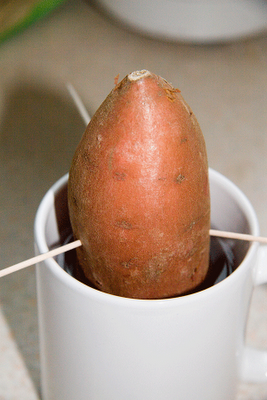 One thing that Bob Flowerdew also said on GQT was NOT to bend the onion necks over before harvesting as this leads to neck rot. Well, he's right. I did that this year and a fair few of my onions have gone rotten around the neck.
Posted by Unknown at 11:44 2 comments: