I emerge from my blogging hibernation; it's been a cold winter! The good side to the cold snap is that I hope many of the garden pests such as slugs, will have been killed off. Let's see if their numbers are reduced this coming season.

I have done very little in the garden and have not posted as a result. The only activity has been digging up some of the leeks, which are not as big as last year but they taste great which is the whole point. 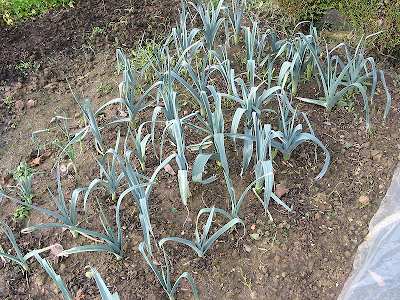 The parsnips were fine too but again somewhat on the small side and I didn't grow enough.

In my last post (November!), I wondered about the lettuce tasting bitter, well I did try some and they were fine. But I'm not used to the idea of picking lettuce during the winter and forget to brave the cold outside and get some as a crispy addition to a sandwich.

The broad beans are about 4-5" tall now. 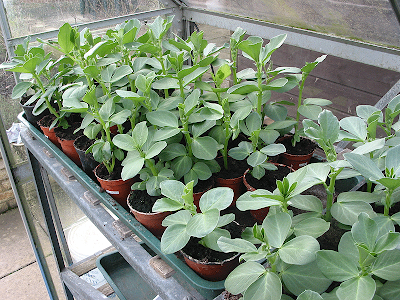 I may need to plant them out soon if they grow anymore as they may get potbound. But at the moment they look very healthy.

The seed potatoes arrived from T&M. I ordered International Kidney (aka Jersey Royals) for salads and Kestrel (maincrop) which were recommended by the grapes on the GYO forum. A third pack of Dunluce was also included free with my order along with some Corrado onion sets. 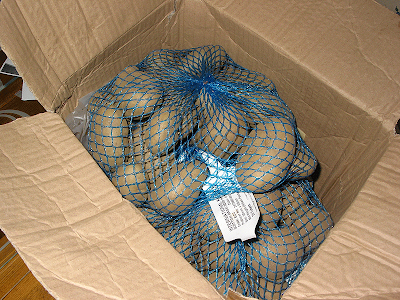 The blight resistant varieties I grew last year were too floury and were not that nice to eat all said and done. They resisted blight well but the idea for me in growing your own is for maximum taste.

The overwintering onions (Radar) have not grown much, not surprising given how cold it's been. 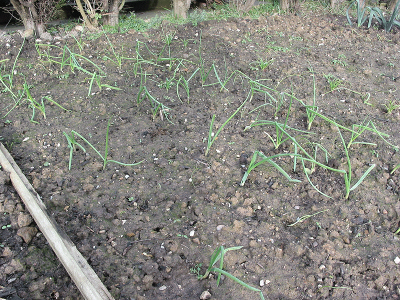 Likewise the garlic and shallots have stood still over the winter. The second sowing of garlic have still not shown themselves, however, the rhubarb is beginning to emerge.

The garden is fairly waterlogged so there has been no digging. Despite all the additions of compost last autumn it still looks like the soil is mostly clay. My compost bins are full though so the goal to transform my soil continues and I suspect will never end.
Posted by Unknown at 21:34 3 comments: