Welcome dear reader (there is probably only one of you) to 2015 and a brand new season which means seed ordering time. What I want to grow this year are climbing pumpkins because I like pumpkins/squash and they grow vertically rather than horizontally and therefore take up a lot less space. So the only place to buy them from appears to be Sarah Raven. So I went to the website and watched a few of the videos, as you do, and followed the recommendation of growing the cucumber and peas.  The cucumbers (La Diva) are long cropping outdoor type which frees up the greenhouse for more tomatoes and chillies.  Likewise the peas (Alderman) are long croppers.  The next thing you know I've ordered most of this year's seeds (except for leeks and cauliflowers which Sarah doesn't sell). 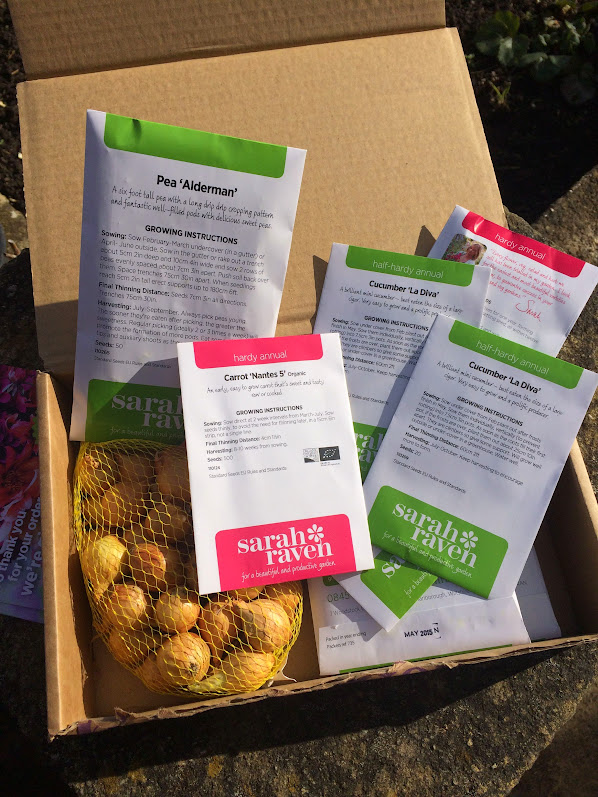 Part of the reason for wanting to grow climbing pumpkins is that I saw them on the vlog on you tube by Katie.  So many thanks Katie.

But now I have the seeds it's turned really cold and I won't be doing any sowing for now at least.  I'm holding off with the seed potatoes too.  This year I'm trying the no chitting method and buying as late as possible.  You can pick up the seed spuds really cheap at garden centres in early April as they need to sell off the stock.

There's not much happening in the garden at the moment, I've been clearing up a lot and filling the compost bins with the clippings and weeds.  My strategy with composting now is to fill the daleks first, then transfer to the larger square bins when it's partially composted and then transfer that to the final bin and use that for mulching in autumn with no digging.  I'm composting as much as possible, even small branches are getting shredded and chopped.

What is in the veg beds at the moment then?

Garlic, note the frost and the mulch which was added last autumn. 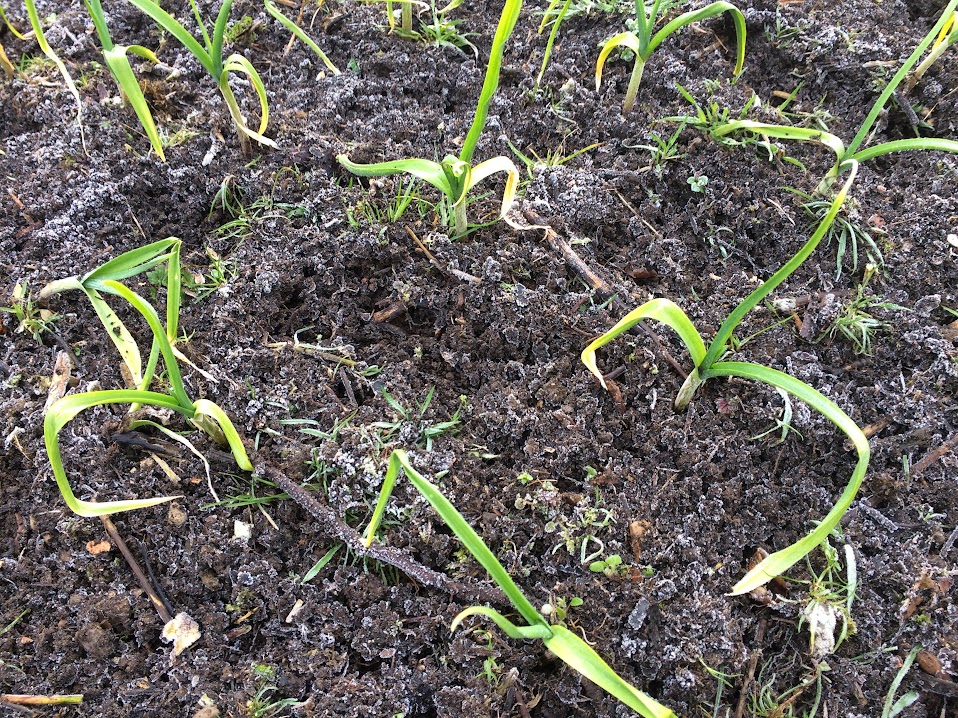 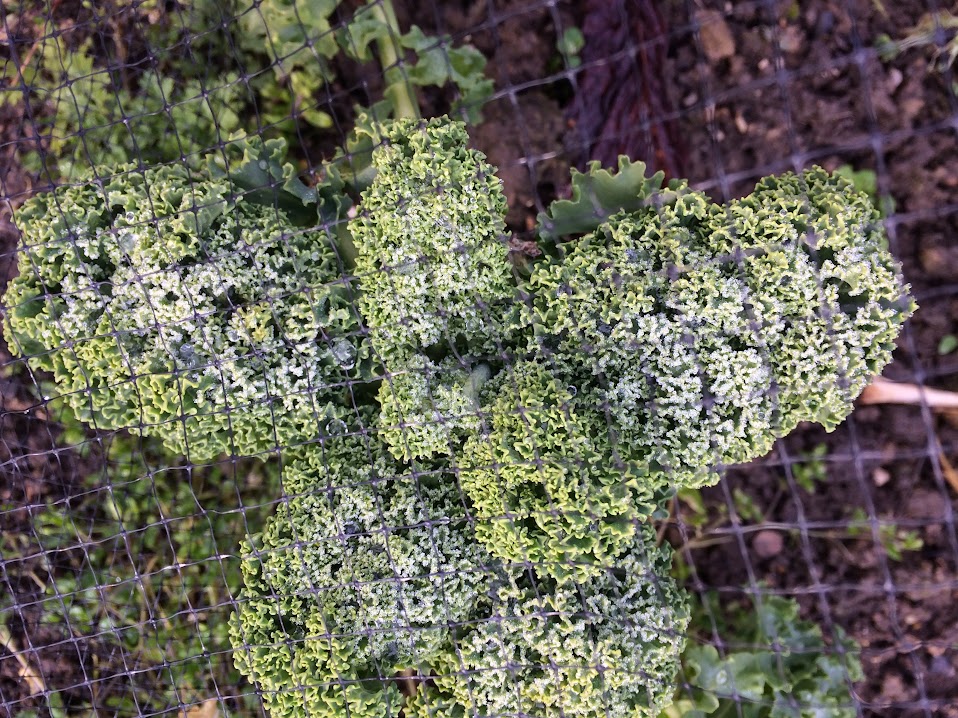 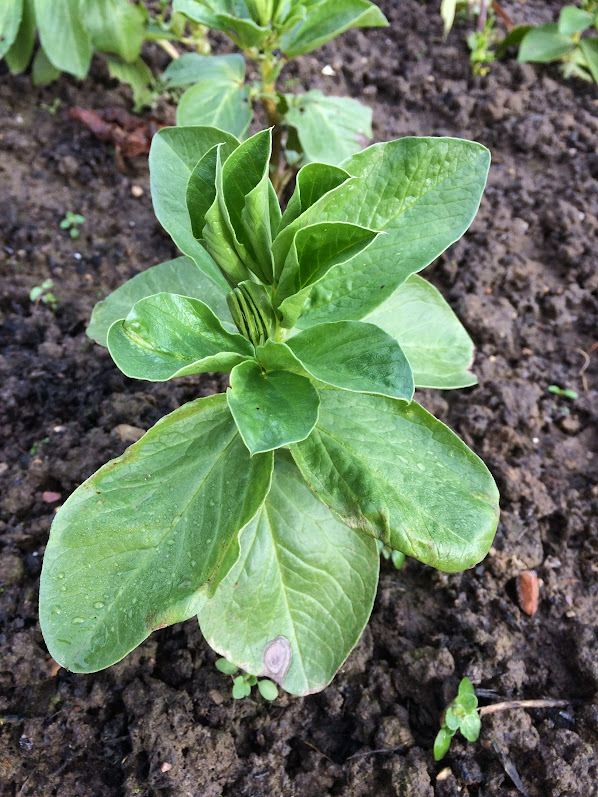 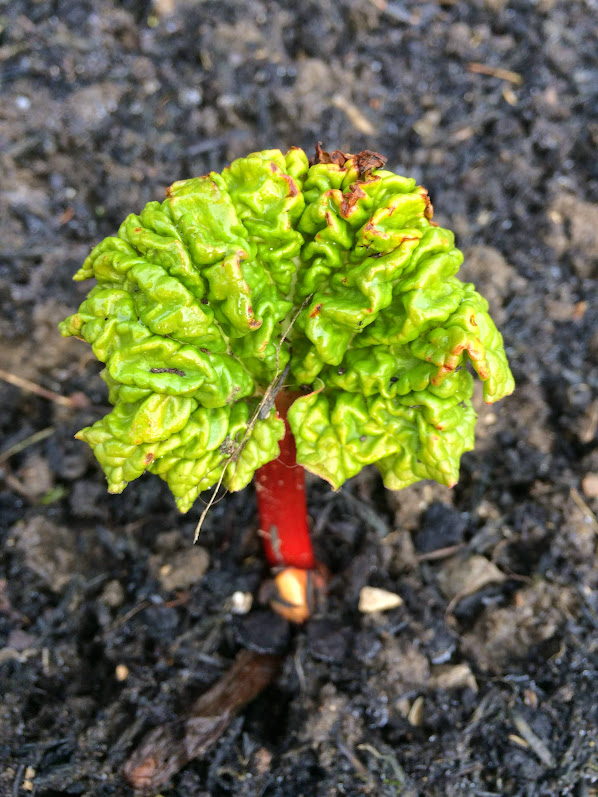 I also have some parsnips still to dig up and purple sprouting broccoli which I'm eating already but there will be lots more to come.

I have been removing the Leylandii hedge as it is dying and unsightly but also because it sucks all the moisture out of the soil.  In its place I'm planting a Kerria hedge which I have propagated myself. 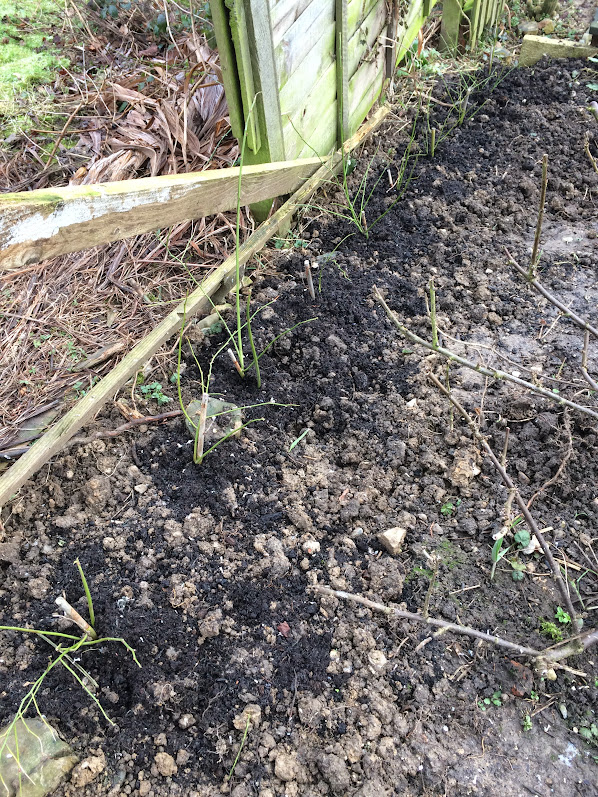 I've had to cut the pampass grass plant back quite a bit to provide more light to the young plants. 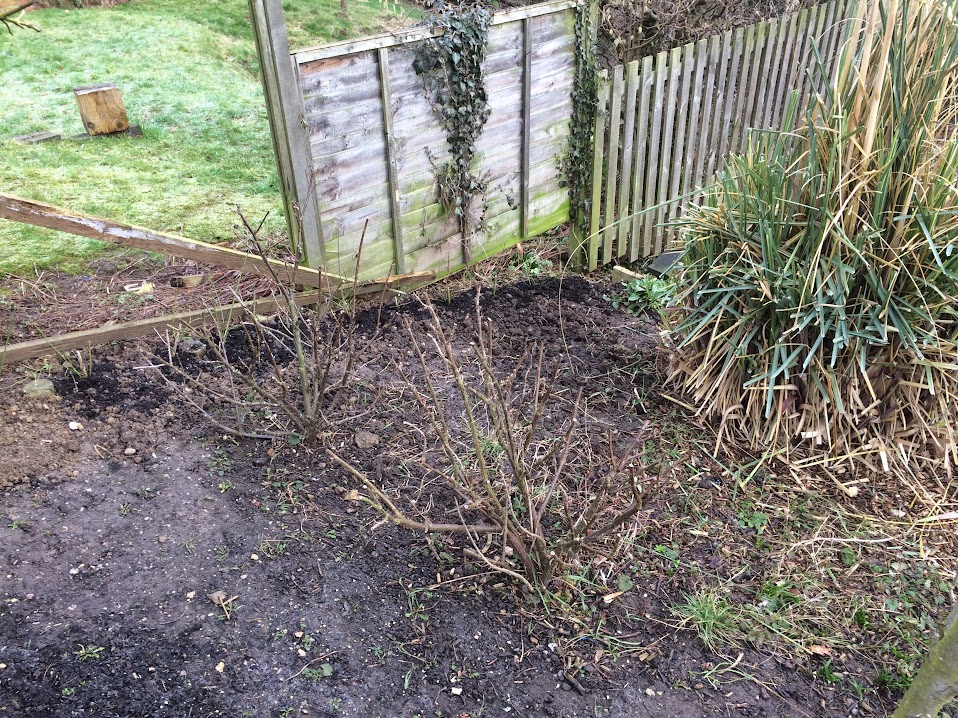 I hope to be able to remove the fence panel in a few years once the hedge has grown; fortunately Kerria is quite a fast grower.

Finally, I'm trying out the CD bird scarers trick to keep the wood pigeons off of the plum and greengage trees.  They stripped the accessible branches of all the fresh new buds last year.  So far I haven't seen a bird on the tree but then the buds haven't burst yet. 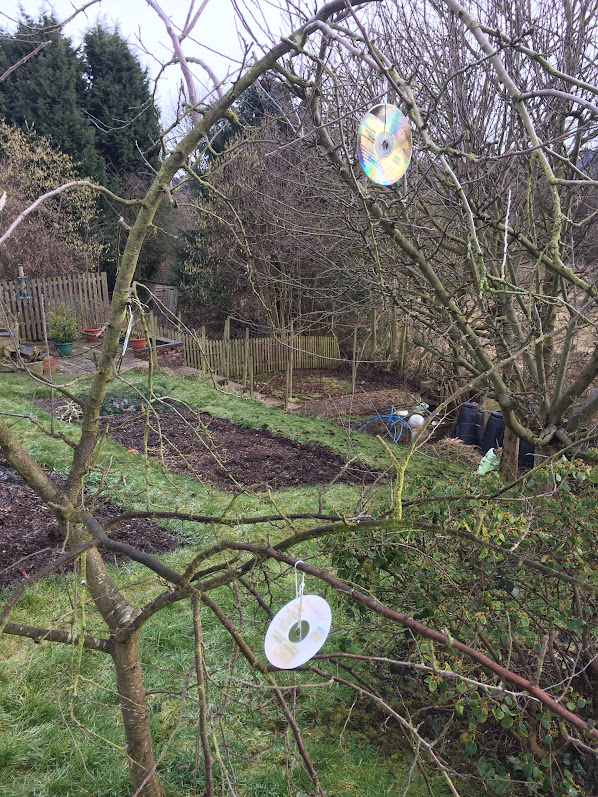 The picture gives quite a good view of the bottom bed and compost bins at the very bottom of the garden.
Posted by Unknown at 12:50 No comments: