Outside the garden is filling up.

The chives look lovely in flower. 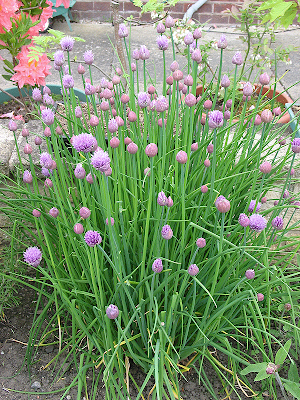 The strawberries are bigger plants this year and are flowering. 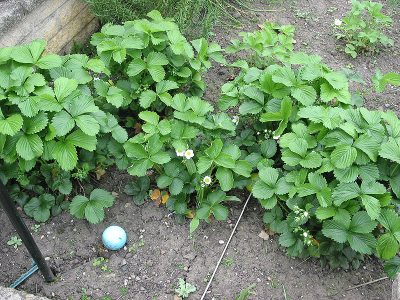 The first lot of radish and spring onions were picked and eaten this weekend. They were incredibly tasty, a great success. 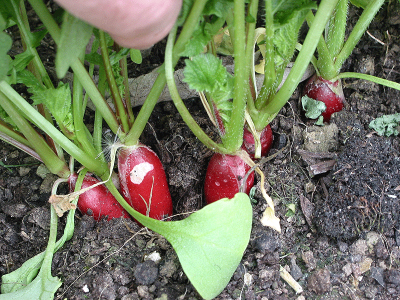 This picture shows the second lot of spring onions which I have planted in clumps rather than individually. Sowing in pots and then transplanting appears to be giving a better success rate than direct sowing. 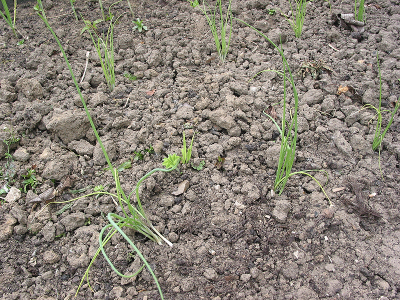 I planted out the beetroot and celeriac as they had reached a good size after a couple of nights in the cold frame adapting to outdoors. They are hardy so no frost concerns. 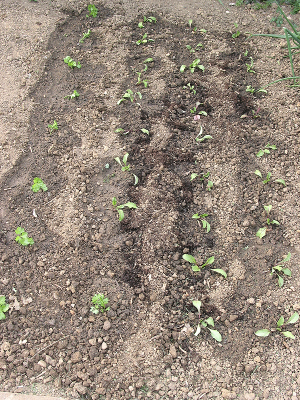 Also planted out were the kohlrabi, Brussels sprouts and some more celeriac. The kohlrabi and sprouts are under environmesh and cloches to protect them against pigeons and the cabbage white butterfly. 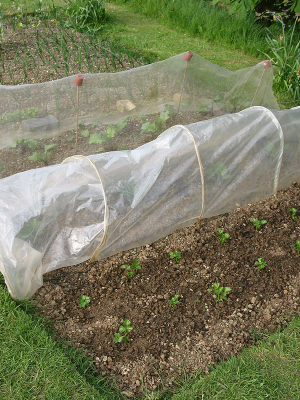 Under the cloches the plants look pristine and undamaged. These are the sprouts. 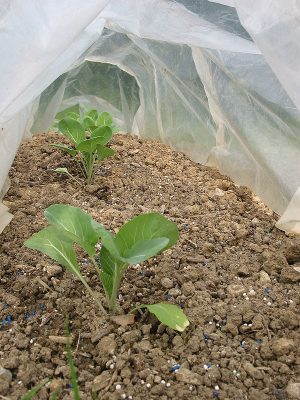 And these are the kohlrabi. 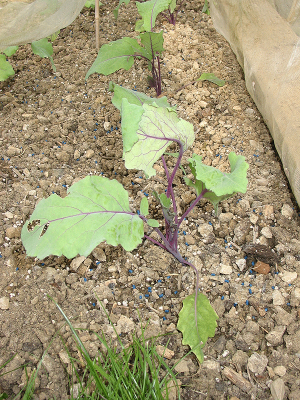 The bases of the overwintered onion are starting to swell. 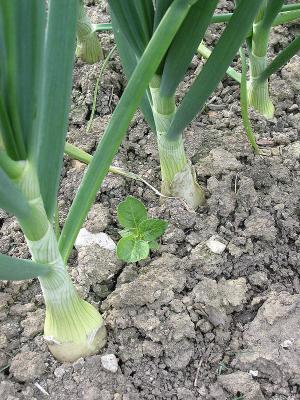 The shallots are the best I have grown; perhaps because I overwintered them. 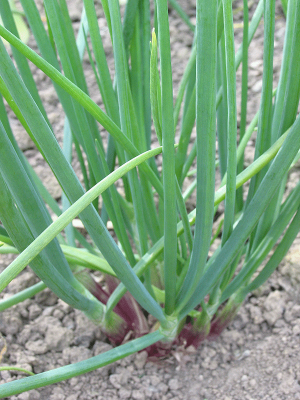 I thinned out the turnips. 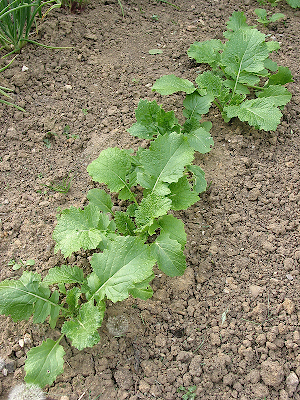 Lettuce planted out. I have some under the dome cloches and some not. Those under the cloches (at the back in the picture below) are unsurprisingly doing better than the uncovered counterparts (at the front). 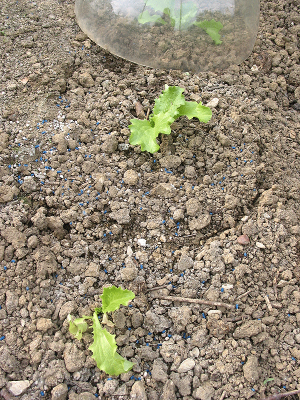 The peas are climbing up the netting nicely. 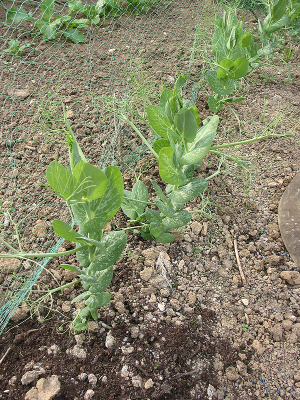 The asparagus plants have all developed spears and some look big enough to eat. So next year may be the first time I can eat the home grown stuff. 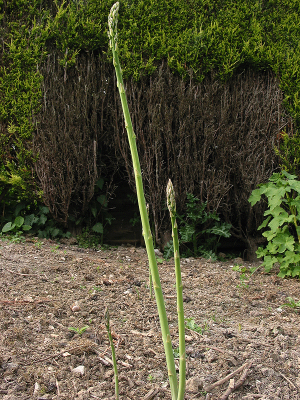 I got another redcurrant bush from a work colleague who also gave me the other bush last year. Here they are still on the small side so little fruit this year. 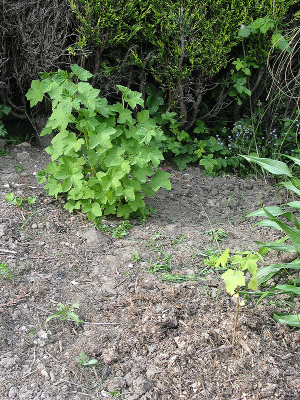 There is a good amount of developing pears. I do hope that most of them will still be there in the autumn. 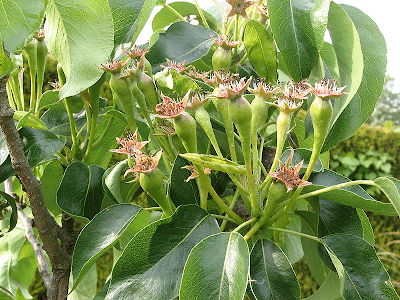 The broad bean pods look ready to eat. I've never tried eating the pods and prefer to wait to shell the beans. The hairy insides of the pods put me off. 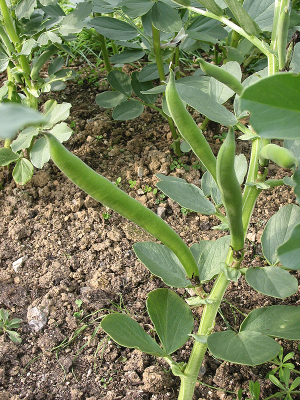 The spuds are emerging and will need earthing up. 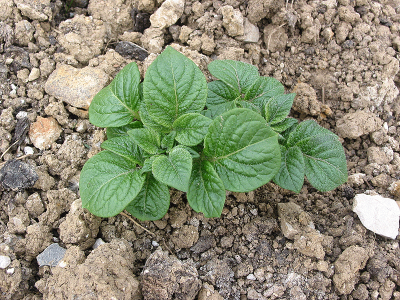 The coriander is growing well. I sowed some more near the summer raspberries where there is shade and a little bit of space. The ground is relatively uncultivated so it's a gamble if it grows there. 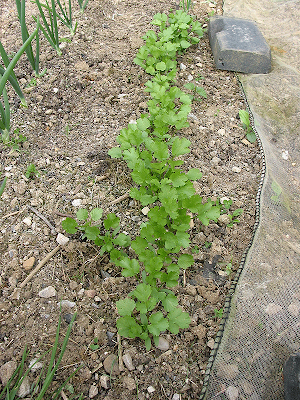 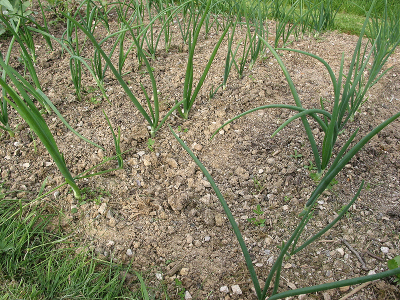 I picked four sticks of rhubarb and made a crumble (like you do). Scrumptious. 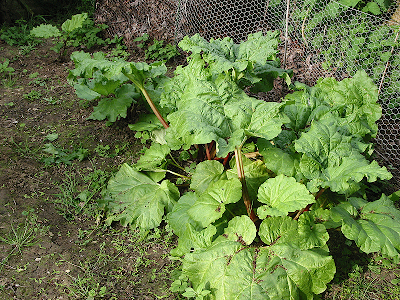 Much is happening and the plants are growing apace. In the greenhouse:

The runner beans are quite large and ready to plant out but there is still a threat of frost so they will stay inside, they are in big pots so they should be OK. 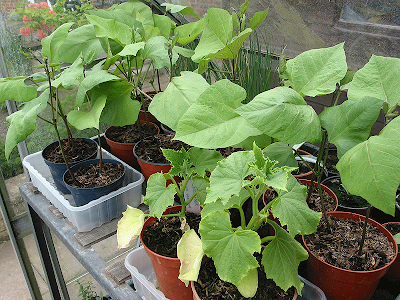 This is a picture of the aubergines (front) with chillis and peppers behind and a second sowing of courgettes with new seed, starting to germinate on the left. The old seed was clearly too old so I had to buy a new packet (Venus F1 variety). I'm disappointed with the peat free multi-purpose compost, it's very woody and the plants don't seem to have done well in it. 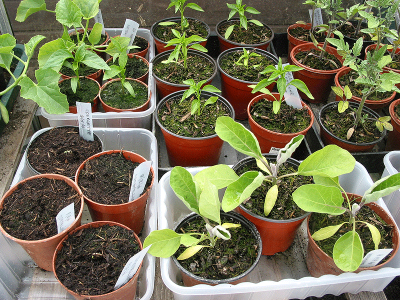 Despite my concerns about the compost, the cucumbers are flowering! The one plant I was worried about going down with stem rot has survived although the bottom leaves are dying off (see the top picture). 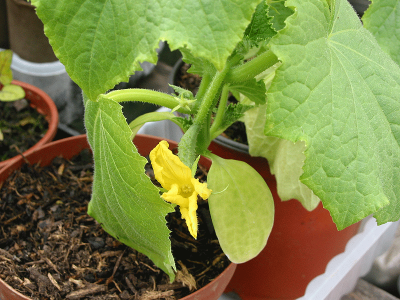 This is the spare celeriac which I gave to my work colleagues and some flat leaf parsley in front of that. Behind are the sweetcorn growing in loo rolls. I germinated the sweetcorn on wet towels as I did last year. 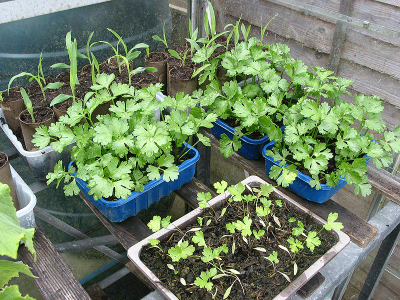 Like the runner beans the Borlotti beans are staying inside for a few more days yet, despite their good growth. 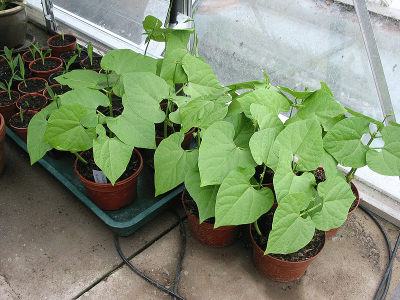 I have two butternut squash and two pumpkins. They will be planted amongst the sweetcorn but not until the end of the potentially frosty May. I also couldn't resist having a go at an outdoor tomato (Tigerella) despite the blight of last year (they are still to germinate in the pot at the front). At the local charity shop they had free plants for sale and an outdoor cucumber (the one with the wooden label) found it's way into my bag. 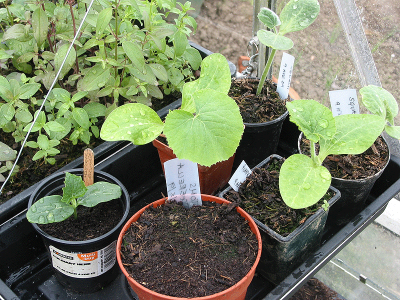 The potatoes in buckets are doing well. 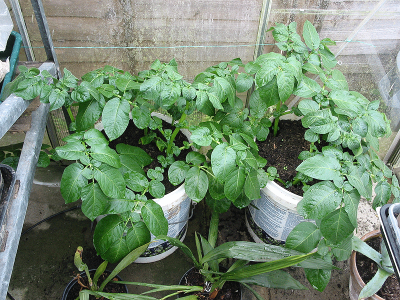 I have a cactus in the greenhouse which I left unwatered over winter, now it looks like it might be starting to flower. Is this a flower bud (it's the daker green bit at about the 12 o'clock position in the centre)? If so it is the first time I have got this cactus to flower. 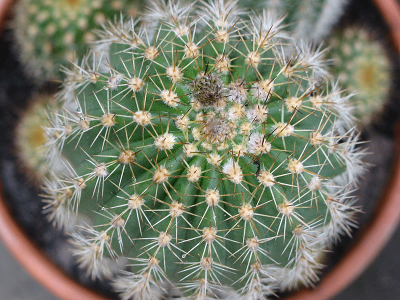 Tomorrow I'll update what is happening outside.
Posted by Unknown at 12:43 No comments: