The asparagus beds got a good mulching of multi-purpose compost. I didn't have any home made compost ready so had to resort to buying some but I was determined to give the beds some first class treatment as next year should see the first real crops. 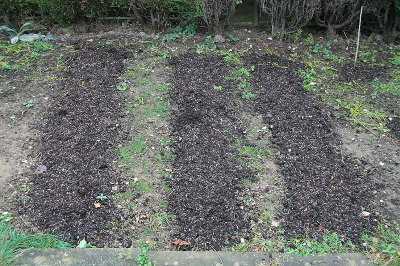 As well as the onions showing fresh green shoots, so are the shallots. 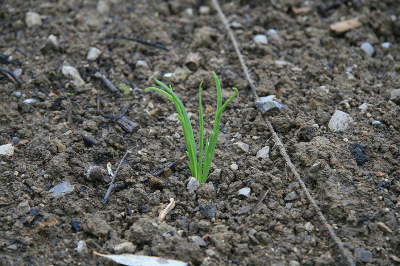 No sign of the garlic, but last year they didn't start sprouting until the spring either.

In the greenhouse the spinach has started to germinate which might seem surprising but on sunny days the temperature has reached around 20C. Impressive. The broad beans have benefited from this and I've moved them to a sunnier position. 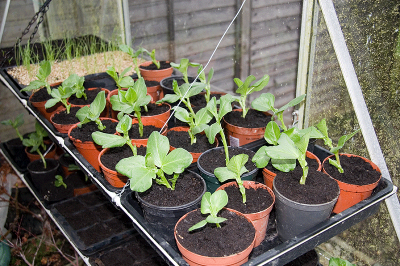 I've been doing some potting up of a succulent plant called Echeveria (not a cactus)that has thrown out a large number of sideshoots. I can't bring myself to dispose of them because they produce wonderful flowers all through the summer and maybe they would make nice gifts. They will have to rough it out in the greenhouse over winter and we'll see what happens next year. 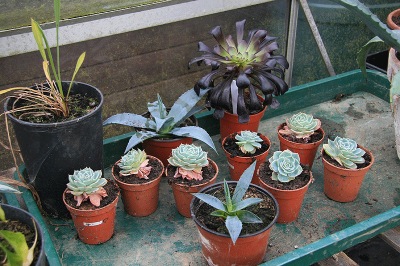 I have some small Aloe cactus there too.

Finally, I've been splitting bulbules from the orchids too.This one is last year's which I have just left in the greenhouse to get on with it (with watering of course) and now that the shoots are appearing, I have taken pity on them and brought them indoors. 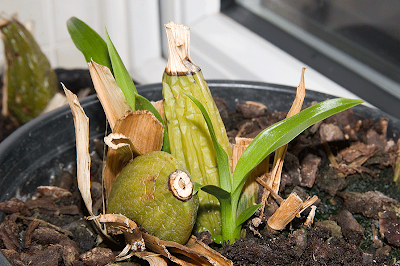 And these are the flowers of a Phalaeonopsis orchid which has been flowering constantly for several years now. Marvellous. 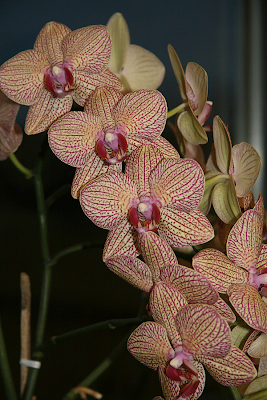 I spent the weekend mostly collecting leaves on yet another fine sunny day. Here they are in the plastic bags. 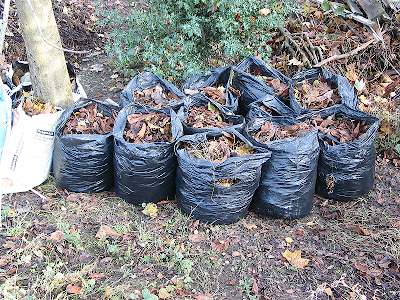 I cut down the asparagus to ground level and will mulch with some cheapmulti-purpose compost. I would like to use my own compost but it's not ready yet. 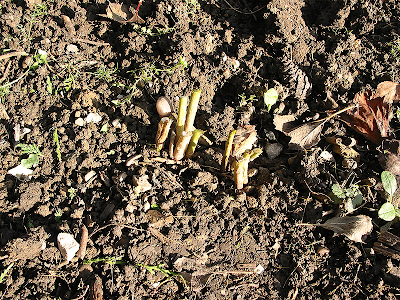 I pruned the gooseberries and redcurrants following RHS advice. I cut off the leader back to about 6" of growth and then cut the side shoots back by a half. 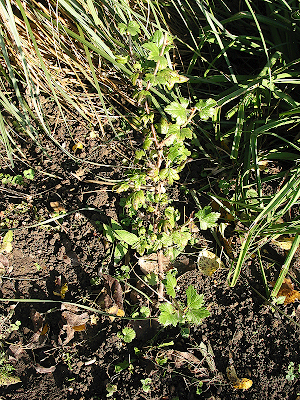 One of the redcurrant bushes was composed of 4 shoots rather than the desired single shoot. So I dug it up and indeed it was really 4 separate plants, so I have replanted these in a temporary position until I have prepared a new bed near the apple tree. I'll do this through the winter for planting in spring. This is all possible because now there is sufficient sunlight to grow plants on the south side of the garden following the hedge removal. 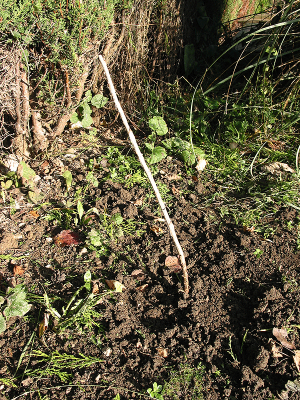 The continuing warm weather has helped the onions develop some strong shoots. 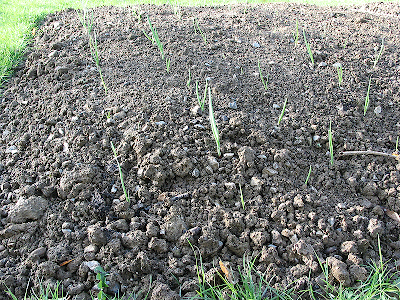 The spring onions are doing well in modules in the greenhouse. I'll probably plant these out in spring. 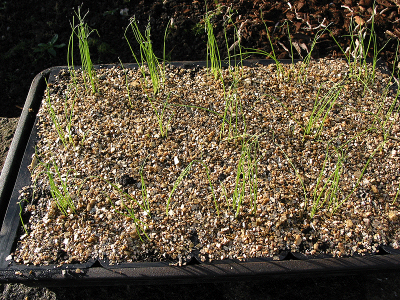 The broad beans have germinated already and I sowed some spinach in modules. There have been some frosts so the Brussels sprouts and parsnips should have improved taste I hope. I need to try some although I don't think the parsnips are very big.
Posted by Unknown at 23:39 No comments: