I don't seem to find time to take photos of the vegetable garden because I'm too busy... well gardening! I feel that a blog describing vegetable growing needs illustrations to show off nature's bounty, so I don't post without pics. I have been busy removing the Leylandii hedge at the bottom of the garden as it is on a slope and I can't trim the tops. So I have decided to remove it altogether which has let in more light anyway. Moreover, I discovered that the encroaching elderflower trees which were damaging the hedge were not originating from next door as I thought but were on my side within the hedge itself. I'm using a sharp lopping saw that cuts through the branches very easily and can even cut through the main trunk at the base without too much effort. Much safer than a chainsaw. The branches are being shredded which I can slowly add to the compost bins. That may take a few years. Here's progress so far, a very dirty but satisfying job. 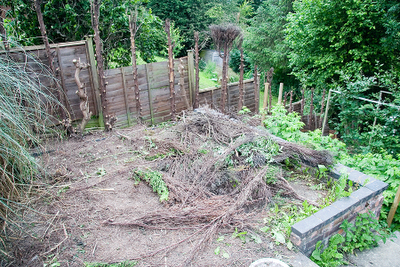 The raspberries will benefit from the increased light levels. 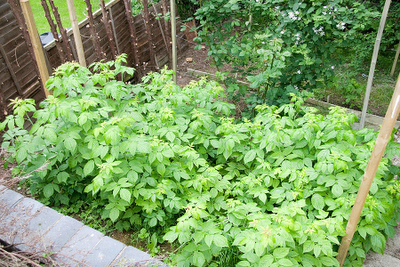 Peas. These are so sweet and a big family favourite. 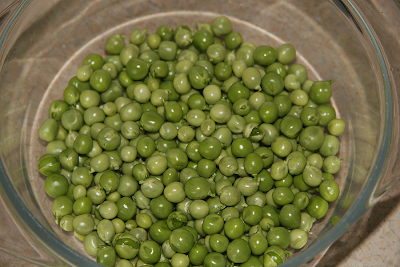 Also making its way to the plate are onions, spring onions and broad beans.

More kohlrabi. I would like to plant out the leeks but they will go near the sprouts and also where the broad beans are.

I bought some chard and more spring onion seeds but haven't sown them yet. The chard will be sown with the purple sprouting broccoli and can be planted where the onions are as these will be pulled up soon.

I watched a blackbird help itself to a nicely ripening strawberry so anticipating a bumper crop this year I quickly rigged up some protective netting. It will do for this year but I think I will need to buy some better netting. 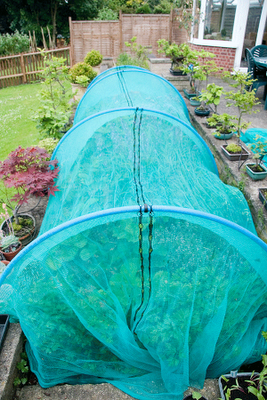 In the greenhouse the tomatoes have been planted into their final pots and tied in with the watering system set up. Flower trusses are developing nicely. 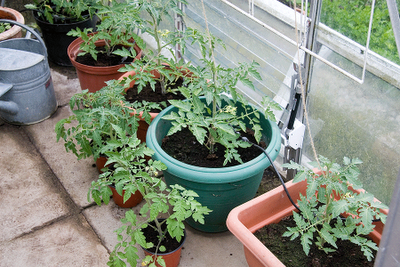 The aubergines have also been potted into their final pots. I've put them into smaller pots than last year as I hope this will encourage more fruits to develop. I'm going to leave them on the shelf so that they get more sun rather than in the partial shade of the greenhouse floor. 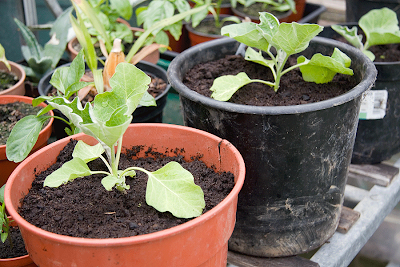 After nearly giving up on my sweet potato sprouting, these shoots developed at last. 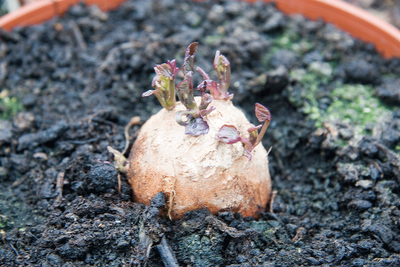 The parsnips are producing fresh green leaves. I expect the clay soil is not going to allow long tap roots to develop though. 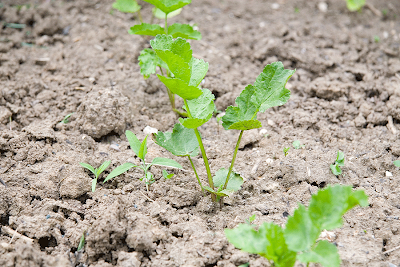 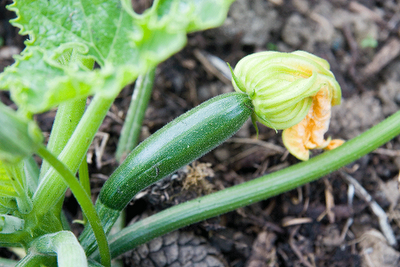 I have the dreaded asparagus beetle. There were plenty of eggs laid and this weekend I noticed that they had hatched and I have been removing them. The caterpillar is not as attractive as the beetle. 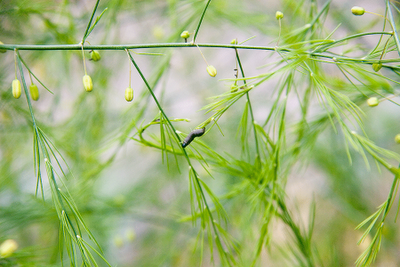 The kestrel potatoes look great and beginning to flower, I hope it's reflecting what is happening below ground. 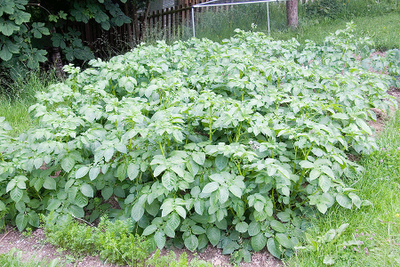 The pumpkins are fruiting, so I must feed them well. This reminds me that I still have to find space for the butternut squash. 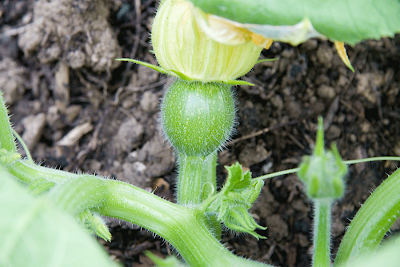 The overwintering onions are falling over and are ready to lift. They are a nice size too. 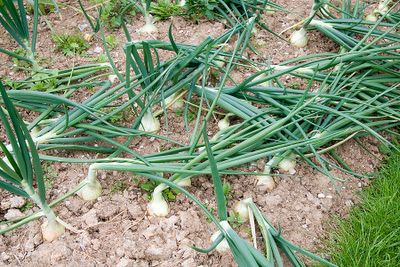 Finally, I bought a lemon tree which fills a space in the conservatory left by a ficus tree that didn't over winter well.

It's been very dry and I still have a long way to go before the soil condition improves. Without rain the soil rapidly becomes like concrete, so what should be a relatively simple task of planting out becomes a strenuous effort just to dig the holes. I do have large piles of grass clippings and tree shreddings to rot down but they won't be ready for a few months yet. Frustratingly the compost that has been rotting down over winter still is not ready either so I have been throwing in a handful of multi-purpose compost for each plant to try and improve the soil a little.

More radish, beetroot, spring onions, celery. I've grown the radish in trays and this has worked out very well. The seeds are large enough to space out at regular intervals so that there is no need for thinning.

Sweetcorn, parsnip, runner beans, dwarf beans, Brussels sprouts, courgettes, tomato (tigerella) and outdoor cucumber. That's freed space up in the greenhouse and the tomatoes will be planted up into their final pots this weekend. They have started to make their first flower trusses. 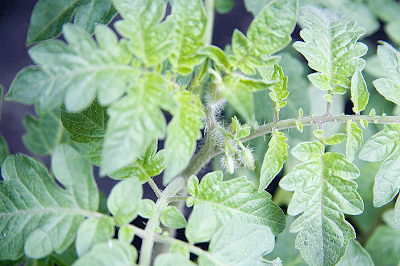 I planted the runner beans against the fence as last year, so no crop rotation. But the location does catch the sun nicely. 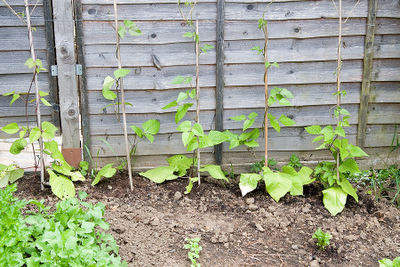 More runners and Borlotti beans planted under wigwams with a good mulch of what compost I felt I could use. 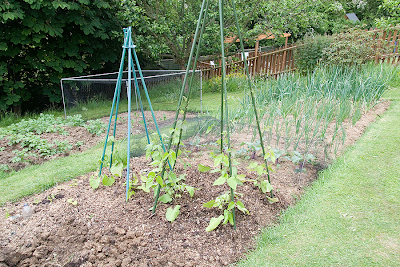 Sweetcorn. I haven't done much crop rotation with these either. 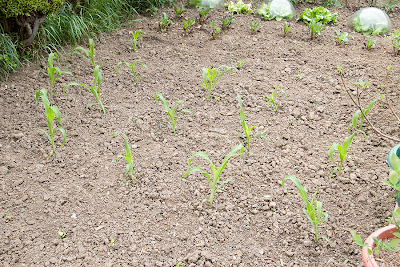 The tomatoes and cucumbers were planted where the sprouting broccoli were. The soil wasn't too bad here. 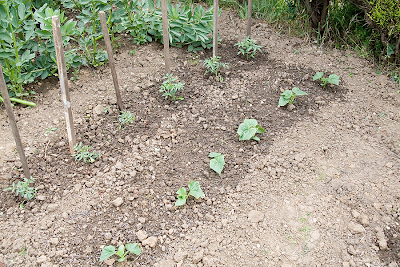 I've given the courgettes plenty of room. I planted them too close to the leeks last year and they crowded them out completely. 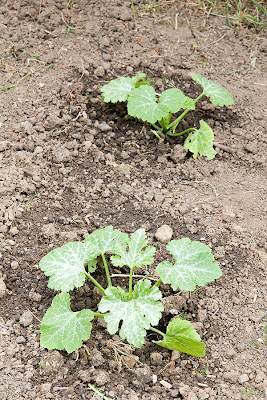 The peas are nearly ready to eat. 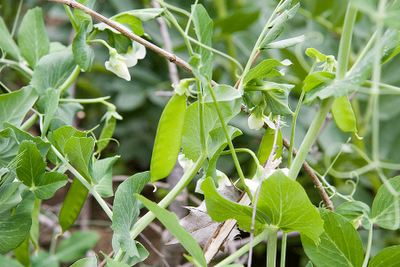 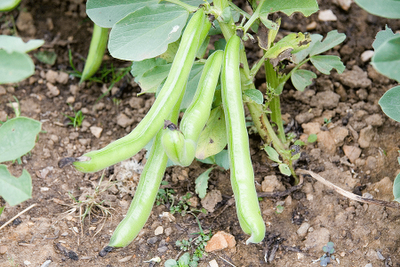 The potatoes were earthed up finally; there was little frost damage anyway. In the background is the veg cage protecting the Brussels sprouts. I shall plant the leeks around the sprouts. 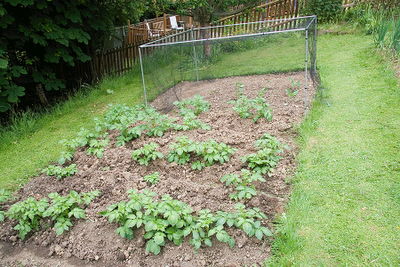 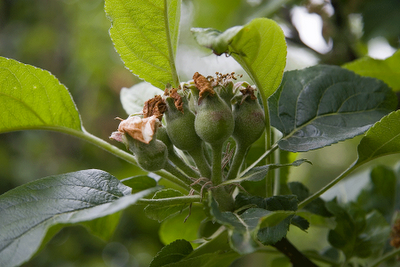 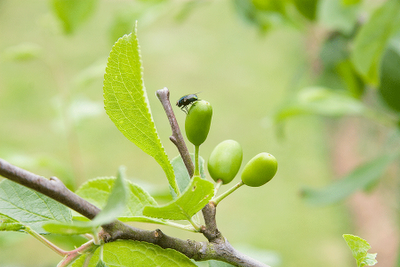 Not everything escaped the frost; the fig leaves and fruit got damaged.

In the greenhouse, the aubergines, sweet peppers and chillis are looking good. 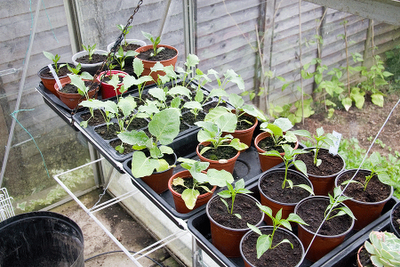 These pumpkins are waiting to go out to their final position by the wigwams once I've prepared the soil. I haven't quite worked out where the squash plants will go, I'm hoping that the broad beans will be finished by the time they are ready for planting out. 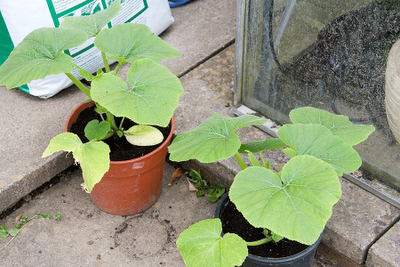