In contrast to last week's blog photo of a snow covered garden, here is a complete contrast with the first signs of warm weather which is that the greenhouse vent has started to open.  Time to fill the staging with seed trays then. 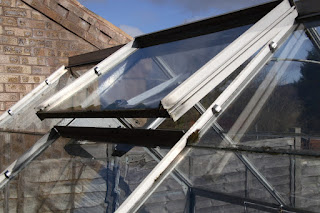 I sowed some leeks (porvite) into two large pots, but decided to wait until March (another week) before starting anything else.

The purple sprouting broccoli is coming along nicely. 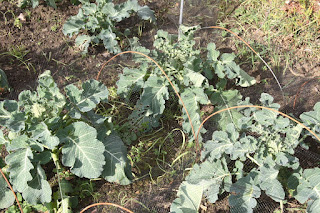 The redcurrants have nice fat buds on them. 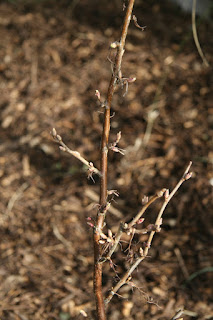 The floppy broad beans are hopefully going to straighten up.  I need to sow them later (December?) so that they don't grow too much in the greenhouse. 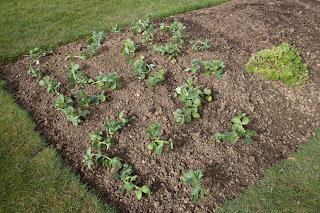 There are plenty of small leeks which I shall use up to make leek and potato soup and a nice pie recipe I want to try. 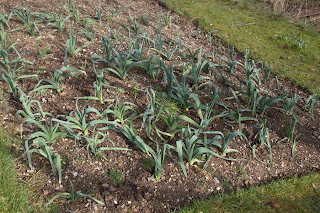 The garlic is showing through with strong shoots. 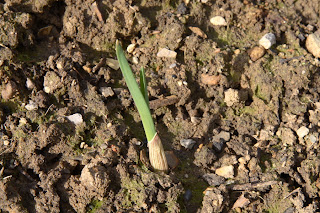 I also started to remove more of the Leylandii hedge that borders the side bed.  Most of it is dead, not nice to look at and a pain to keep in shape, so it has to come out.  I aim to try and do this before the beds fill up with veg so that I won't be walking all over them.  The upside is that I can remove the couch grass that grows under the hedge and I will gain as much as half a metre of ground as that is how wide the hedge is.  So more lovely veg!
Posted by Unknown at 21:46 No comments:

I managed to get out in the garden during half term break. I tidied up the front garden so not a lot of work was done on the veg plots, but then there is not so much to do yet.  Mind you the weather was quite mild and it was nice to be active and outside. The week before was not so good with a deep covering of snow.  Beautiful to wake up to though. 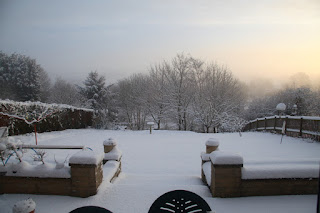 I pruned the apple and pear trees.  The apple tree was hard work using the extended loppers.
The raspberries were cut down and I continued to collect the leaves to make precious leaf mould.

The broad beans were planted out as they were getting quite leggy and flopping over in the greenhouse, so I decided to plant them outside even though the nights are still frosty.

The kestrel seed potatoes (and fertiliser) have arrived and have been set out in egg boxes in the cool conservatory for chitting. 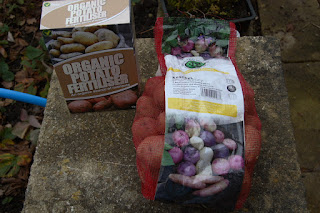 The apples have stored very well. Most of them are pristine like this one. 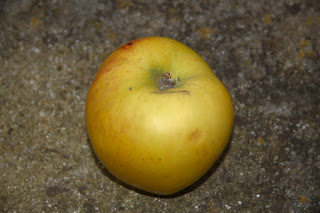