The spuds are in. I've given them plenty of space this time and I've not dug trenches, just popped them in a hole and earthed them up a bit. I'm growing the reliable Kestrel and new for me, Romano which are red skinned and waxy for salads. 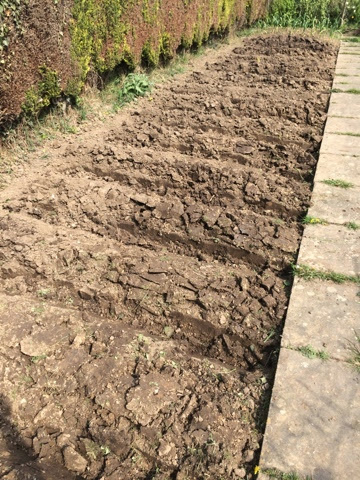 I spotted a special offer on the easy2Go watering kit from Two Wests & Elliot and immediately ordered two.  I've seen them before as a kit that included two planting pots which I fancied using to grow tomatoes and cucumbers in the greenhouse but thought they were too expensive.  What I really wanted was just the siphon device that I could place in some trays and stand several pots in.  So this is what is on offer now, just the siphon units with tubing and adapters to connect them to a water butt.  Great! 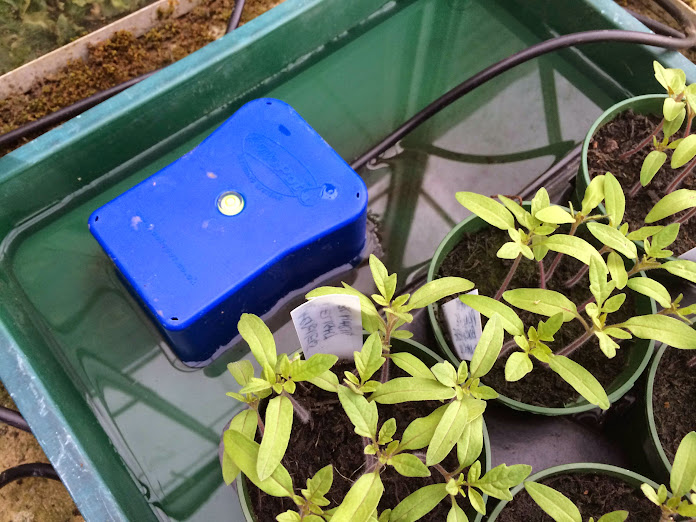 No more worries about the temperamental drip feed system that was very inconsistent in the amount of water it delivered to each pot and took me a long time to get balanced. Plus this system uses water from the water butt which saves on domestic water usage. It's environmentally a better option too, so I feel good about that.

I'll see how these work out. I'll need to evaluate them to see if I can get away with just two and use larger trays or link trays with capillary matting.  At the moment I only have trays large enough for one side of the greenhouse whereas I want to grow on both sides. One per tray ought to suffice.

The drip system has not been relegated to the bin, I'll dedicate it to the bonsai trees. As they were at the end of the pipe run, the amount of water reaching them was always a matter of luck.  They dry out very quickly so they will hopefully benefit.  And I don't want to lose them especially since they can look as good as the apple tree is now. 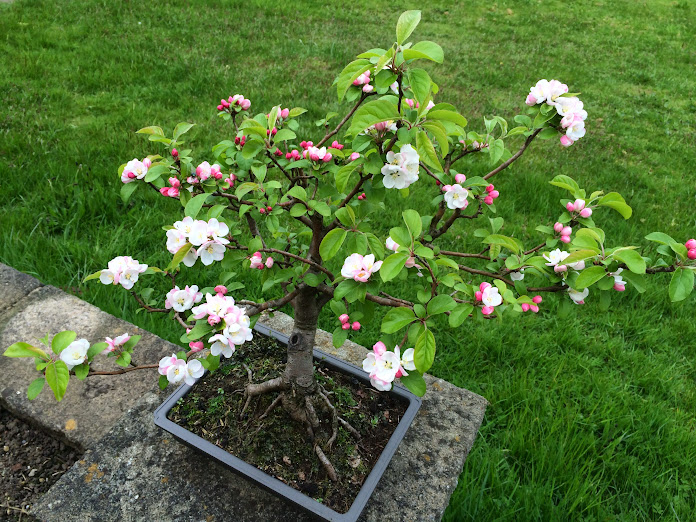 I'm way behind but with Easter approaching I'll have more time to catch up and get more sowing done. I want to plant the potatoes first and foremost and get the beds weeded and ready for planting.
The Pear tree blossom is out and looking lovely. 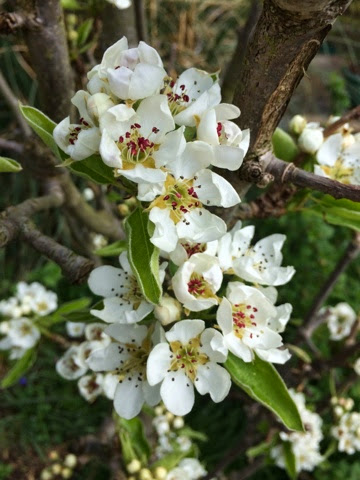 The Broad beans are in the ground and looking good. 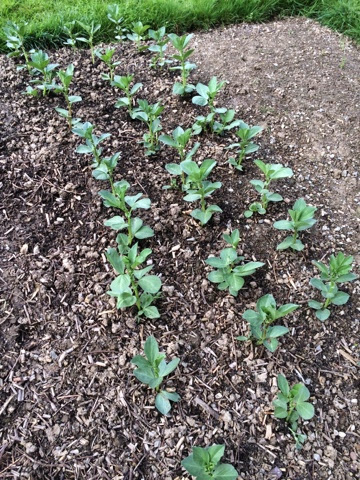 And I had my first asparagus today. Always a treat. 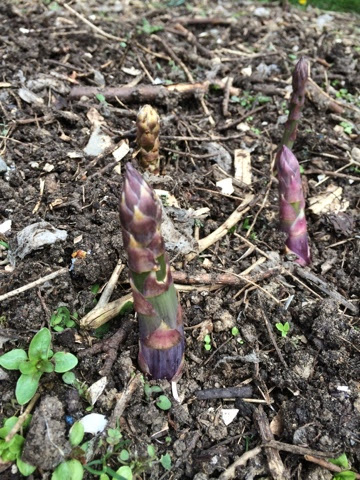 Anyway I have some time off for Easter during which I hope that I can really get on top of things.
Posted by Unknown at 21:57 No comments: