I'm really pleased with the strawberries. A great way to use them up is to make smoothies which the whole family love. They are a nice size too. 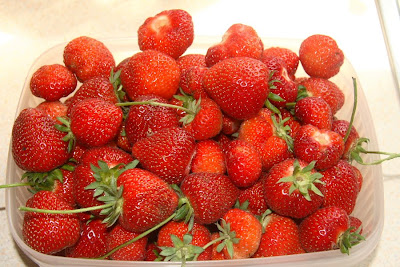 Every year I think the broad bean yield will be pitiful but there are always plenty to eat. 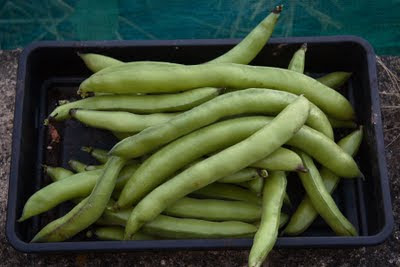 I can't get coriander to grow leafy, it just bolts. So I pulled it up and replaced it with spare dwarf beans. I pulled off what leaf there was from the coriander and froze it in ice cube containers. 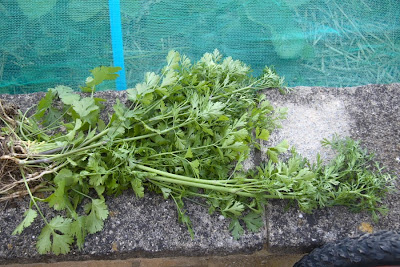 The leeks are ready to plant out so I started to weed and dig over some ground. Since it had rained the ground wasn't too difficult to dig but the heat was in the high 2Os, so sweaty work. The leeks go in next weekend but that's all the space used up and I still have seven pumpkins to plant out. Maybe they'll have to stay in pots.
Posted by Unknown at 21:16 1 comment:

I spent a nice weekend tidying up and weeding the veg plots. The plants are looking really green and fresh now. I harvested some cabbage that had been planted last autumn and it had a lovely green and tender heart. I shredded it and cooked it with some mustard seeds and chills as a curry side dish. Delicious.

I also picked the first of the broad beans which were small, tender and sweet.

Now it's Wimbledon fortnight the strawberries are coming thick and fast. I made 5 jars of strawberries with plenty left to have fresh with cream.

I also stripped the blackcurrants and managed to make half a jar of jam with them.

The potato plants have put on a lot of leaf which I hope is a good sign. The runner beans have reached the top of the poles and are flowering. The courgettes should be ready this weekend. 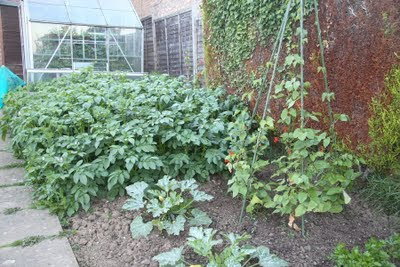 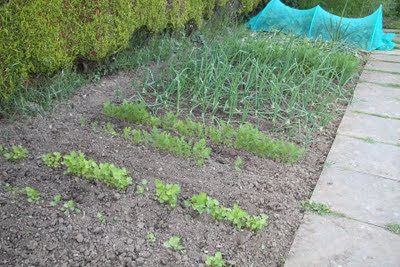 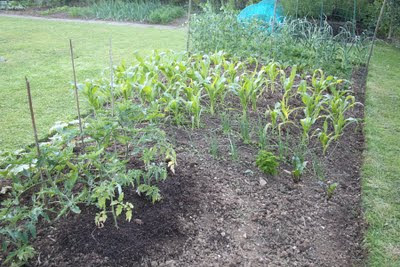 Yesterday was a fruit update, today it's all about the veg.

The Gardener's delight tomatoes have been planted out into their final pots in the greenhouse and the first trusses have formed. I've planted some basil and marigold with them as I had plenty spare. 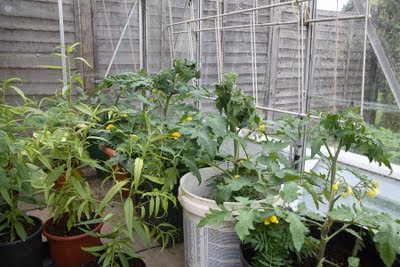 A second sowing of french beans has germinated, the first lot were old beans and didn't appear. 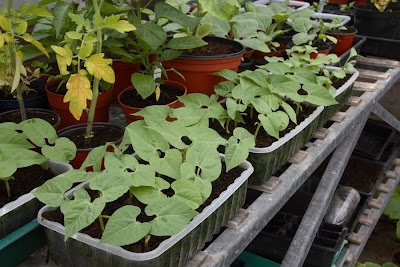 The chillis are a nice size now and I pinched the growing tips out to encourage lateral growth. 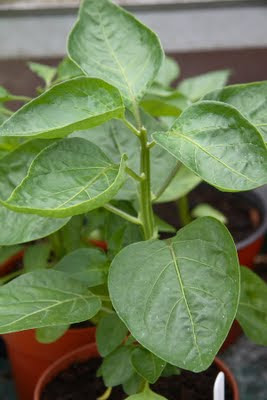 The aubergines have been slow to start but are leafing up nicely now. 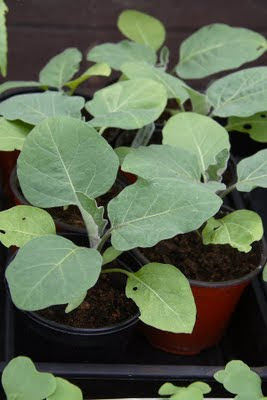 The potatoes are great, I've been watering them to try and keep the scab at bay. 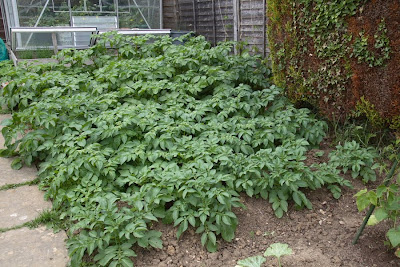 The mint got repotted and it has certainly benefited. 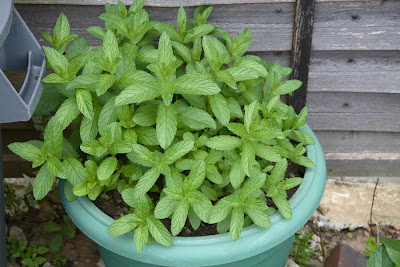 The overwintered onions are ready to pick. Some of them are getting thick necks so they will be eaten first as these tend to rot on storage. 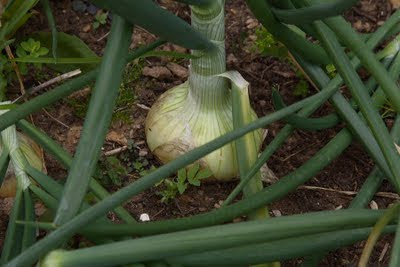 The asparagus has been tied to string supports and I've stopped cutting it now. 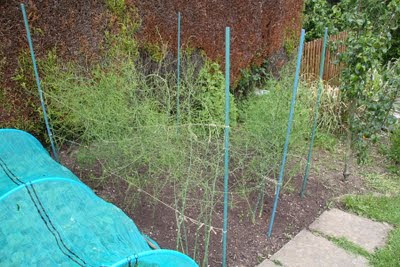 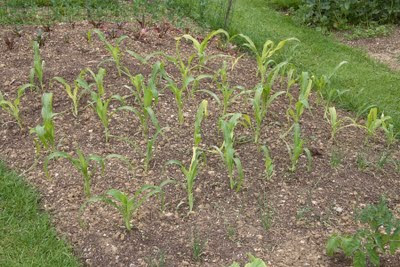 Back to the fruit. I'm very pleased with how well the three peach trees are doing. 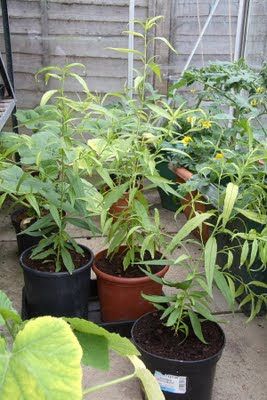 And finally, I sowed some wildflowers last year and planted them in the border. A success I'd say. These are ox-eye daisy and red campion. I've sown and planted more! 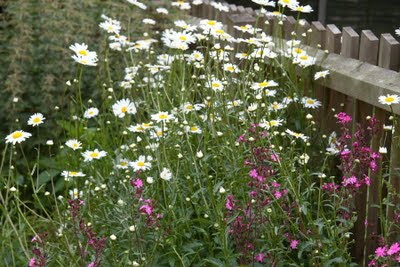 Strawberry season is approaching and the first few were harvested and eaten this weekend. But the birds love them just as much as I do, so protection is vital.

I'm quite pleased with the cage I made out of water pipe and scaffold netting. The key to a good structure is to screw a wood batten across the top to give stability and a frame over which the net stretches properly. 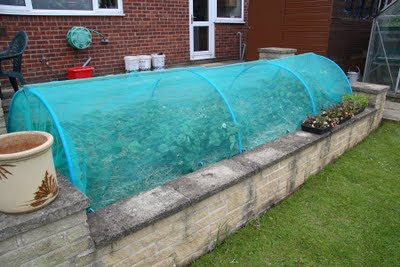 If you don't protect the strawberries then this happens. 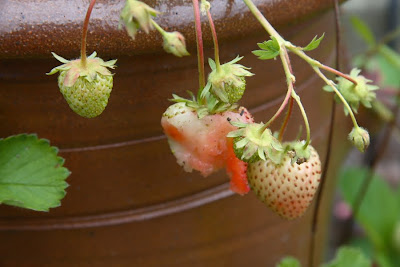 The fruit gets eaten before they turn fully red so the birds or possibly squirrels will always get them before you do. Fortunately, there are plenty of these under the nets. 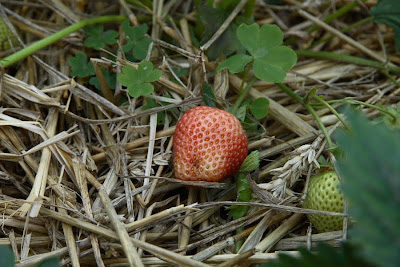 Another fatality has been the kohlrabi. 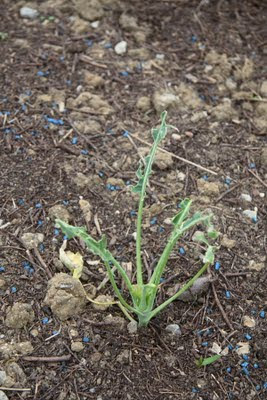 Pigeons I think. So they have been pulled out and replaced with beetroot. I've made a new sowing of kohlrabi.

There's no sign of rust on the pear tree this year and there is quite a lot of fruit; I've been watering the fruit trees in the evenings during the dry spells to prevent the fruit dropping. 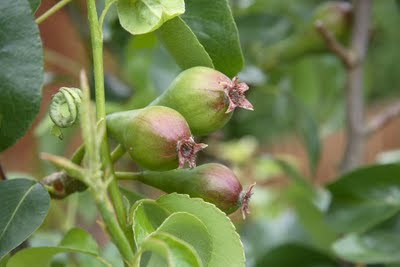 I've done the same for the plums and there's lots of fruit. 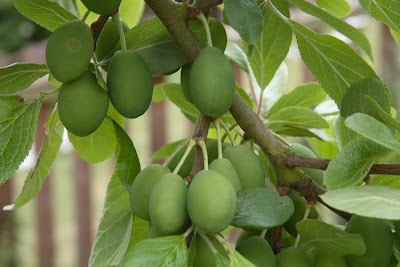 Continuing with the fruit theme. There are plenty of blueberries. 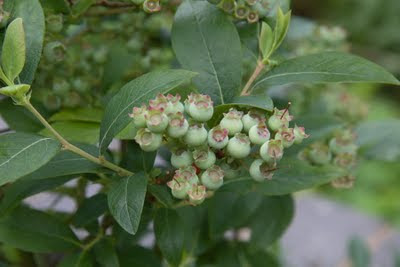 Blackcurrants (which I thought were redcurrants). 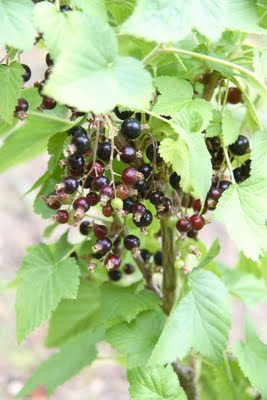 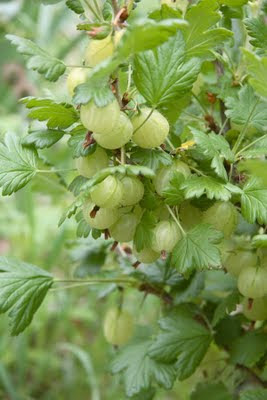 I managed to kill off the acid cherry by not watering it and probably over pruning it. I bought a new one this spring with lots of side shoots on it from B&Q at a reasonable price (~£13, I think) and it even produced two flowers but I won't expect fruit. Anyway, it's been well watered and I've not pruned it; it's leafed up well. 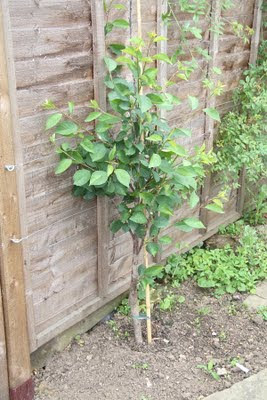