Finally, I felt it was warm enough to begin sowing in earnest, despite there being a frost this weekend. A good sign for me was that the leeks had germinated. It's good to see the greenhouse shelves filling up with seed trays. The leeks are in the black buckets in the picture below. 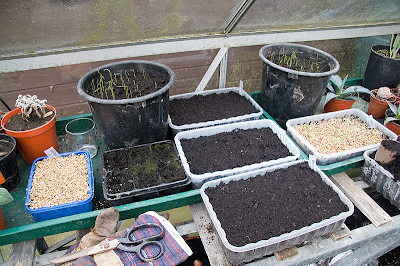 In the picture below, the spinach on the lower shelf will be ready to plant out soon I hope. On the top shelf I have peas, parsley, beetroot and celeriac. 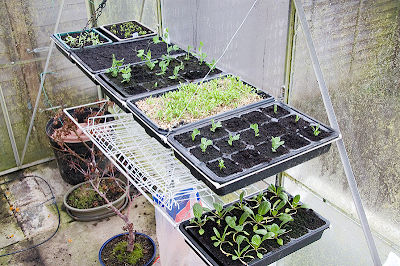 Also in the greenhouse, I sowed some more peas (celebration) in loo rolls. The horseradish (tall black pot) is shooting up which I plan to keep in a container somewhere. I'm persisting with it because I understand the root has to be several years old before the heat develops. I tried it after two years and it had no heat at all. I'm also waiting to see if the cacti and succulents came through the winter, they seem OK. 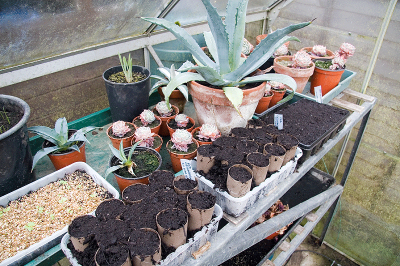 Indoors, the aubergines have germinated. They won't go in the greenhouse until they have developed a few more leaves and the weather is warmer (mid-April?). I should have six plants if I look after them. 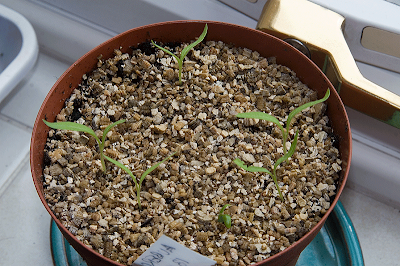 I sowed some tomato (Tigerella), melon (Edonis) and sweet pepper (gourmet) along with a pineapple top which I'm trying for a bit of fun. The pineapple top had its flesh removed and then the leaves removed to reveal about 1" of stem and then left to dry out for a few days. Then I dipped it in rooting hormone and laid it on its side on compost. The idea behind this method is to try and prevent the top from rotting. 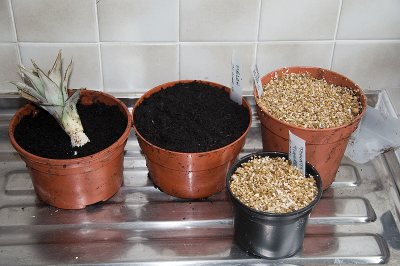 Outside there are signs of life. The blueberries are budding up. I'm going to grow these in full sun this year rather than on the patio which gets afternoon shade. The idea being that this may encourage sweet fruit rather than the sour berries I seem to be getting up until now. 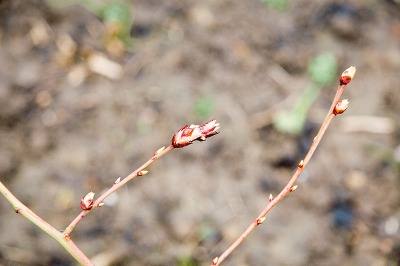 The broad beans have struggled this year. The winter has knocked them back but new growth is sprouting from the bases. Looking back at my blog this time last year, the beans were nearly 30cm tall. 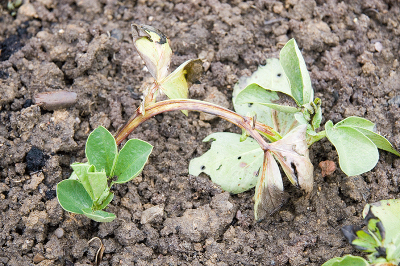 But the purple sprouting broccoli looks very promising. I shall be picking some this coming weekend. 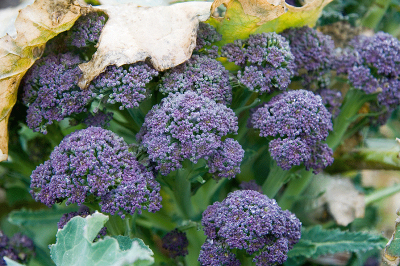 Should be a good garlic year too! 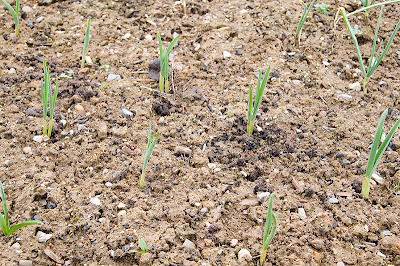 And onions. I'm ashamed to say that I am having to buy onions now. All because I bent the necks of last year's and caused them to rot. 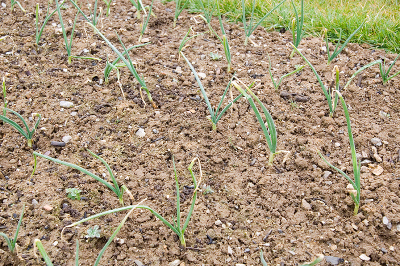 The strawberry plants that I propagated from runners last year and had been sitting in the cold frame all winter were planted out; they were showing signs of new leaf growth. This bed is full of strawberry plants now and my plan is to have a glut of fruit. My family can't get enough of them. Also in the picture, there are the bright green shoots of the chives. I'm still waiting for the neighbouring rosemary, sage and thyme to burst into life. 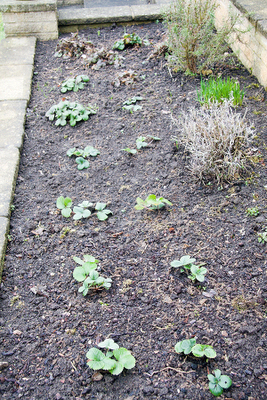