Despite the sunny weather it is still quite cold once the sun sets, there was a frost one night, so I decided to use my plastic cloches to protect the carrots sown in the patio bed and to warm the soil. 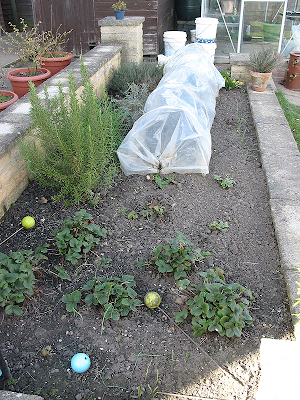 The rest of the bed has strawberries (nearest) and to the left of the cloche are the perennial herbs (rosemary, chives, sage, oregano and thyme) which have all survived the winter well.

I've been sowing more too and the greenhouse shelves are filling up which is good to see. I sowed beetroot in two trays of 5x3 modules, seen on the lower shelf. You can also see the Brussels sprouts and kohlrabi seedlings on the top shelf in half trays nearest the camera position. At the back are some annuals for the front garden, Rudbeckia and snapdragons. In between are 3 trays of peas which I had hoped would have germinated by now, but maybe the cold nights are holding them back. On the lower shelf, is celeriac in a half tray and then in the plastic containers with lids towards the back is parsley. 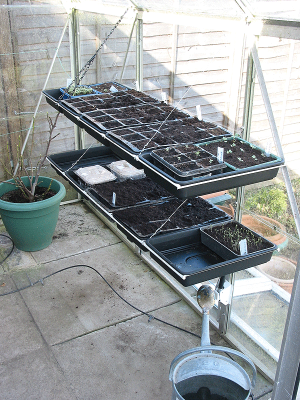 I germinate parsley by soaking the seeds in water indoors overnight then spread them out on to multipurpose compost in those lidded containers. Those are what biscuits are sold in at Sainsbury's. I just poke some drainage holes in the bottom and there you have a mini propagator.

The leeks and spring onions are coming on, they are about 2-3" tall now. I also sowed some lettuce (Webb's wonderful) in pots and these are in front of the leeks/onions. The spring onions that I transplanted outside though have done very little, cold nights again? 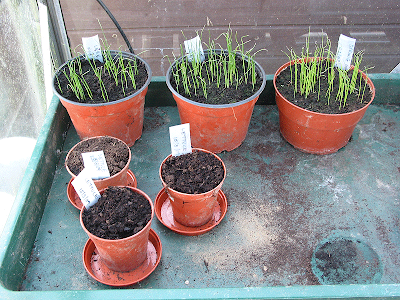 I planted the onion sets (Corrado and Golden Ball) out into the bottom bed. I put them quite close together (about 3" apart) and 10" between rows, as I have got a lot this year due to a free bag offer from Thompson & Morgan. There was a half row left so I sowed some coriander there with the intention of sowing more in 4 week successions.

I was concerned that the overwintered broad beans were not very tall and the lower leaves are yellowing (wind damage?). 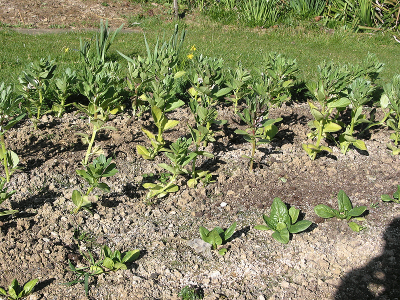 I checked my blog entry for last year for comparison and I was concerned then that the beans were not very big. Also this year's plants seem to be a few weeks ahead of last year to my surprise given the cold weather. So keeping a blog has proved very useful in that regard and no doubt I will be making further comparisons with last year for other veg.
Posted by Unknown at 21:30 1 comment:

A little more sowing has been done, this time it was the peas (celebration) which I was going to sow into loo rolls cut in half but then I remembered that I have modules. I sowed 3 trays of 15 section modules so 45 seeds in all. I still have plenty left so I'll do a second sowing next month.

I sowed some carrots (Adelaide) and radish (French breakfast). The carrots were sown in the patio bed as I call it because it is next to the patio and is effectively a raised bed; the soil in it is lovely and dark, perfect for carrots I hope. I did have the herbs growing here last year but I've removed all but one of each type (sage, thyme, oregano, chives, rosemary). The rest of the herbs have gone to the front garden. Last year they flowered profusely so I think they will be great out front which I haven't yet transformed from an ornamental garden into one that grows vegetables. Maybe growing herbs is the first step.

The cucumber has come up already (less than a week). I'll let them establish some true leaves before putting them in the greenhouse. I struggled to keep the seedlings alive last year but I think that I overwatered them and this causes the stems to rot. So I'll be careful with the water this time. 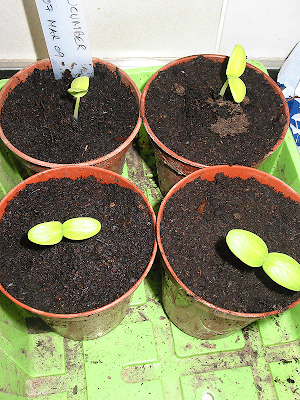 Here are the chillis (left) and aubergines looking good. Again I'll wait until some true leaves develop before they go in the greenhouse. 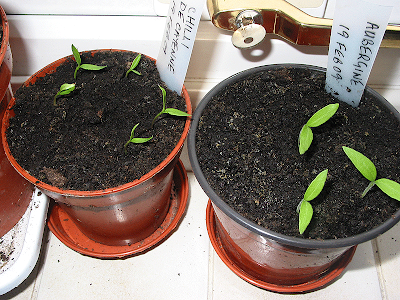 In the greenhouse the broad beans I sowed on February 19th have germinated and are throwing up green shoots (always a pleasing sight). These are last year's seeds and they have all come up. 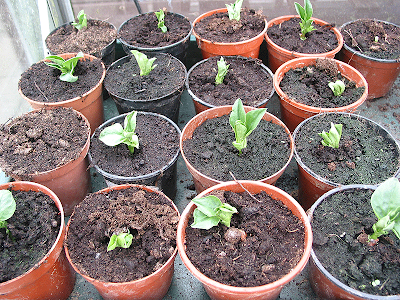 Out in the garden the overwintered broad beans are flowering much to my surprise as the plants are still only around 8" tall. 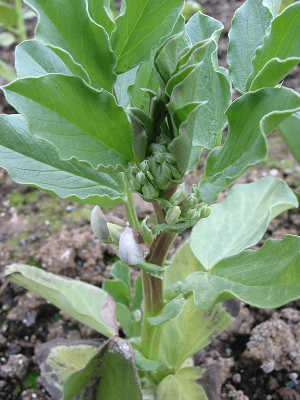 Further sowing was done this weekend. Veg sown are as follows:

I bought the celeriac seeds on impulse at a garden centre as I would like to have more overwintering veg to fill the hungry gap. I also bought some purple sprouting broccoli seeds for the same reason, but won't sow these until June.

All of these were placed indoors to germinate as they require some heat to get started.

Here they are along with some basil that I bought as a living plant from the supermarket and repotted into three pots. Also on the windowsill are the aubergines (germinating) and the chillis (not germinating). Only 3 of the aubergines are germinating but that may not be so unusual given that I am using last year's seed. 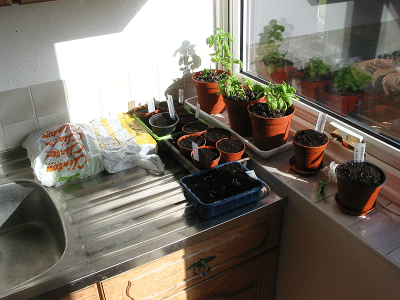 The leeks are germinating which I sowed on February 19th and left in the greenhouse, so no heat required and they came up in less than 3 weeks. 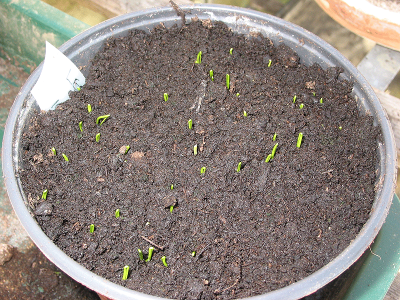 The automatic vents of the greenhouse have started to open and close this week with temperatures reaching over 30°C inside. Further evidence of the warmer temperatures are apparent in the garden.

The blueberry flowers are emerging. 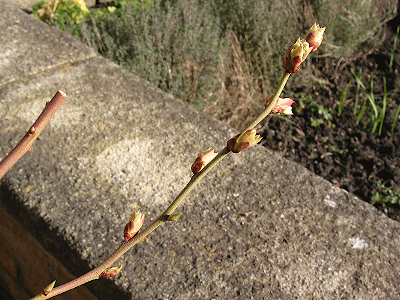 The pear tree buds are bursting. 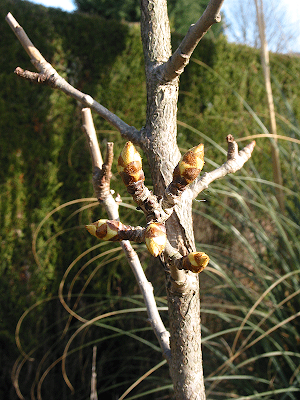 The autumn sown onion sets (Radar) are looking nice too. 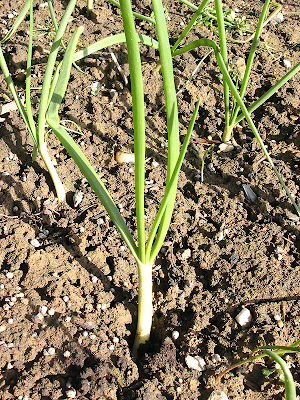 The second sowing of garlic that I was worried were not showing have all come through too.

Next duty will be to plant out the onion sets later this month. I'm still waiting for delivery of the ones I ordered although I do already have a free bag that came with the seed order. There will be plenty of onions this year.

I perhaps should plant the early potatoes now but I've had minor surgery recently and can't do anything too physical for a few weeks so I will have to wait until April.
Posted by Unknown at 19:27 No comments: