It's been a long time since the last post. It's been hectic and haven't had too many free weekends. The weather hasn't helped either. I've haven't even had a chance to clear out the greenhouse of the tomatoes and chillies. The broad beans have survived despite prolonged sub zero temperatures. It looks a bit dark in there due to the thick layer of snow on the greenhouse roof. 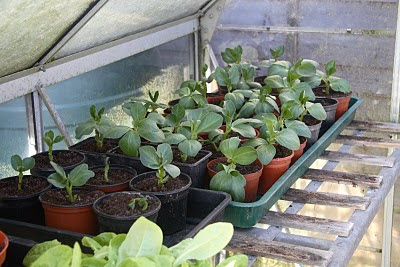 I'm not sure how well the winter vegetables have survived. The chard looked like a mushy mess. The garden did look nice with all that snow. But precluded any ideas of digging or weeding. 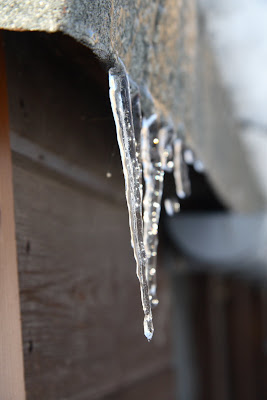 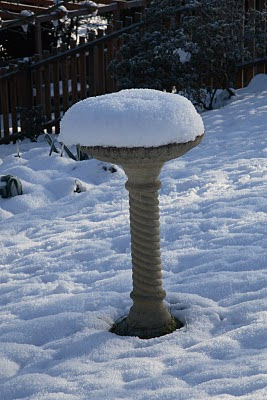 Come spring all these plants will burst into life again (I hope). 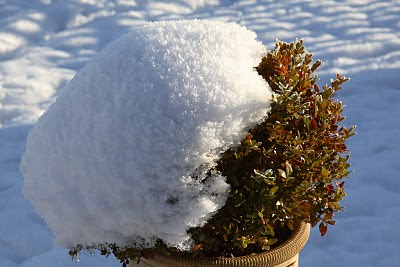 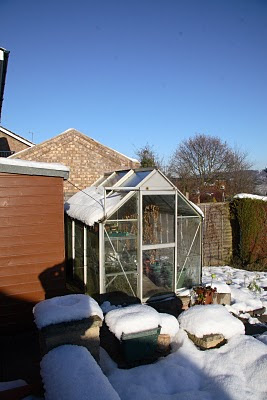 My veg cage has collapsed through the weight of snow. I've not investigated if I have any Brussels for xmas. 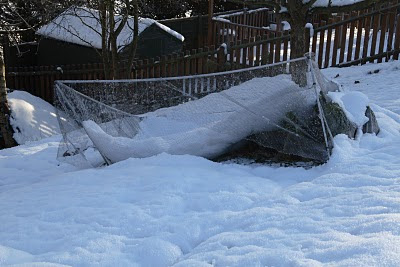 The snow has also revealed the frequent visitors to the garden. A fox's footprints are fairly obvious and he/she clearly follows a similar route each night. I don't know how they survive in such conditions, so we have been putting out some dog food for them.

The snow melted and refroze and made some beautiful patterns. 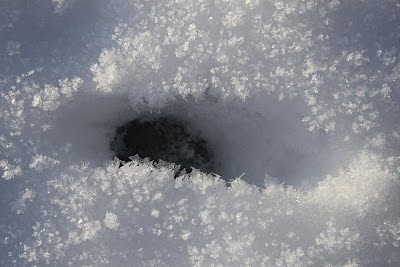 The snow has finally melted and I've been able to get down to the bottom of the garden where I was able to inspect the frozen compost bins; the smaller furry friends have been trying to keep warm in them! I managed to collect a nice lot of leaves though.
Posted by Unknown at 20:41 No comments: