Finally it has warmed up which was confirmed by some nesting activity by the starlings. 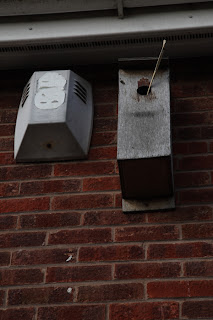 Given I had a week off for Easter I tried to make the most of it and started some seed sowing and potato planting.

So what have I sown?  Well, all the greenhouse plants for starters including tomatoes, cucumbers, peppers, chillies, melons and aubergines.  Some of these require a bit of warmth so I've started them off indoors on a windowsill.  I put them in the greenhouse as soon as they have two proper leaves.

I also sowed courgettes, parsley, kohlrabi, beetroot and radish.  All in seed trays.  So the greenhouse looks like this. 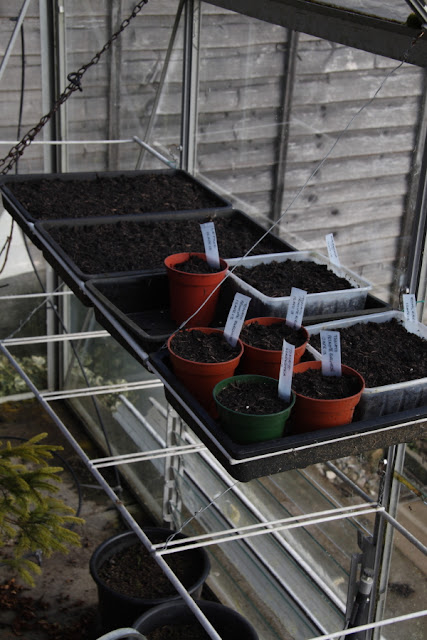 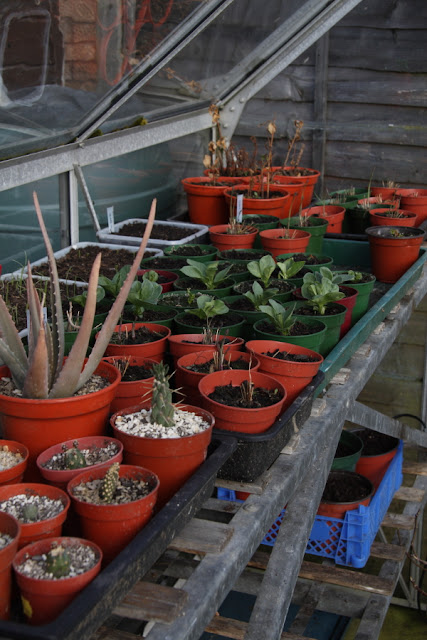 Above you can see the broad beans showing good growth and I can plant them out soon. You'll notice the cacti in the picture above too; I've potted these up and I already have a flower on one of them!  Beautiful flowers. 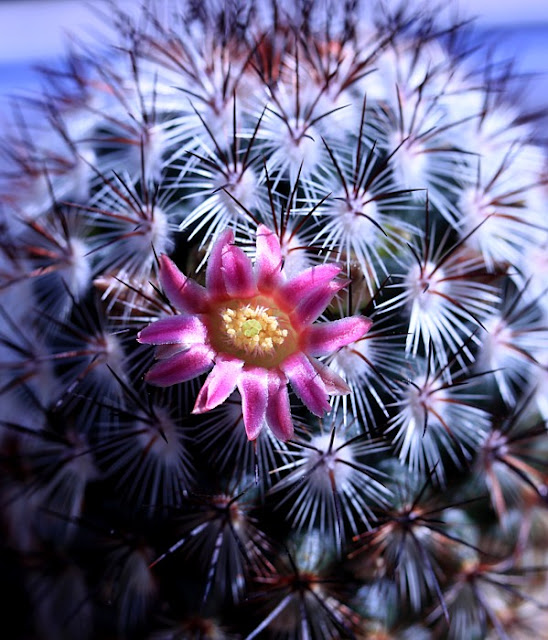 I haven't sown carrots or parsnips which i will do soon directly once I have prepared the bed which is properly dug over (see below). 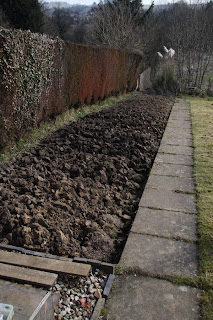 Planting potatoes was hard work.  I did it over 2 days.  Did I tell you I hate my clay soil.  It was still wet and therefore quite heavy and lumpy.  Digging the trench was not too bad but returning the soil was not easy as it involved bending right down to shovel the stuff back in.  My back is still complaining.

I've managed to prune the apple and pear trees which are budding up nicely.  Checking back on this blog a year ago, I had much of the seeds already germinated and the fruit trees were in blossom.  So I guess the season is about 2-3 weeks later this year.