It's been the least sunny August on record. Not surprising then that some of the yields seem lower than last year, specifically the beans. I noticed the price of runner beans in the supermarkets, ~£4/kg! That seems a lot for a veg that most home growers have more than they know what to do with. Maybe the supermarkets can't sell any because they are given away to everyone free at this time of year? Or maybe not now that there has been no sun.

I'm keeping a record of the potato yield. So far I'm getting about 1kg per plant. I think that could be better and again I blame the soil quality for this. It's horrible dry clay clumps, not even the spuds have broken it up and the grass clippings mulch doesn't appear to have done much to retain the moisture. So, whilst the soil is loose I've taken the opportunity to dig in plenty of compost from the compost bins.

As for the potato quality, well the Valor variety are very floury and only good for roasting and chips; they are good chips though! The Lady Balfour are more waxy and slightly better; they hold up to boiling/mash but can explode if overcooked. There is quite a bit of slug damage so they won't store well; I'm hoping that I can dig them up as they are needed. I think they will be OK to leave in the soil until the frosts. On the GYO forum, the consensus is that Kestrel are a good variety for slug resistance and taste. So I'll be trying those next year.

There has been poor growth of the pumpkins and squash which I put down to the lack of sun. That said there are fruits forming but I'm a little concerned that they won't have enough time to grow to their full size. It's a waiting game. 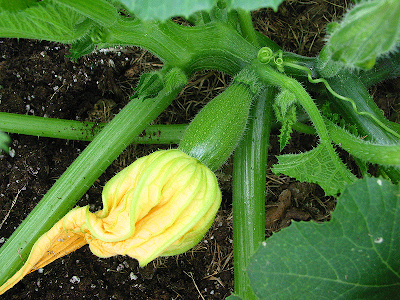 The sweetcorn was tried out and as expected it was very sweet but still needs some more time for the cobs to fatten up. Come on sun!

The sub arctic plenty tomatoes are ripening; I haven't grown or tasted this variety before. They are not too sweet and more suited to cooking in my opinion but then I may be spoilt by the sweetness of the gardener's delight tomatoes growing in the greenhouse. 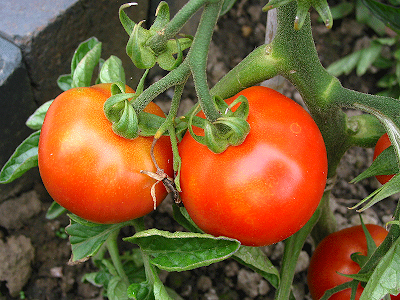 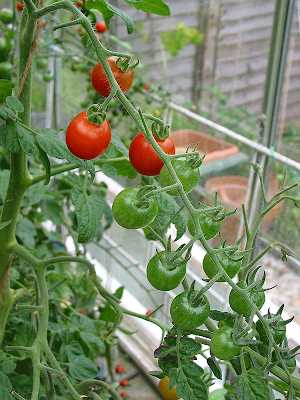 The carrots in the buckets are perfectly formed and taste so much better than shop bought ones. They are a bit on the small side so the yield won't be much. Next year I vow to sow a lot more.

The autumn raspberries are starting to crop big time. We can never have enough of them! Also the blackberries are ready and they needed a partner for a crumble so some apples were picked. I didn't think the apples would be ready but I was wrong. They are even sweet enough to eat uncooked so I'm optimistic about making a cider that won't strip the lining of your throat.

The dwarf beans have not been a success this year. They didn't germinate well to start with and then I took my eye off them after the first crop and they have been eaten by slugs I assume. Must try harder. 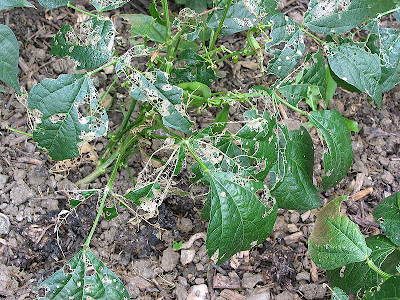 After all my enthusing about the plums, only 4 were harvested which meant one each in our family. The pleasure was all too brief.

There was I thinking I had a tasty aubergine nearly ready until I inspected it closely to discover some thing had beaten me to it! Fortunately there is another one. But that's all, there are flowers but I think it's too late to form fruit now. A poor yield. 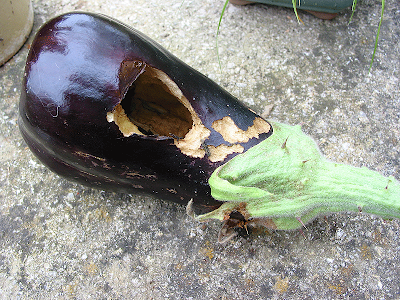 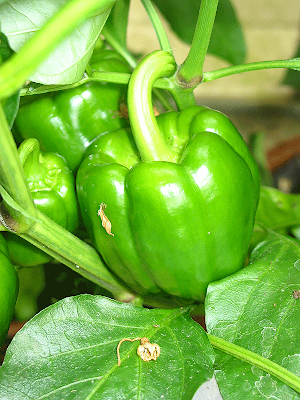 The coriander bolted and flowered but the lower leaves are still usable and the flowers attract lots of insects, so it's staying. 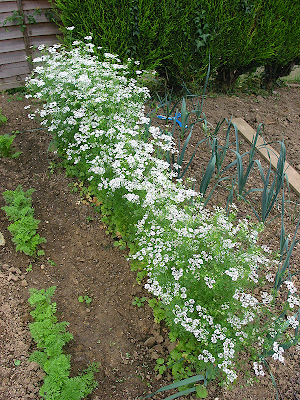 The parsnips are putting on leaf, it was worth persevering with them after all. 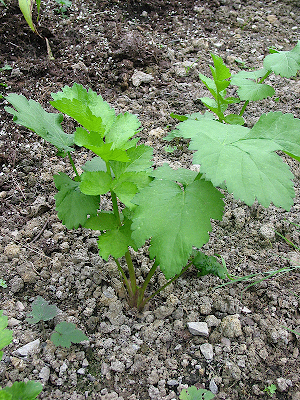 There's been no blog for a bit because it was holiday time. You hope for blazing hot weather but then you worry about the veg drying up. The weather was mixed so both situations were accomodated. The in-laws kindly oversee the watering just in case; despite the automatic drip system for the greenhouse not all the plants are covered by it and a watering can has to be involved.

So what is happening in the greenhouse? I've got a decent cucumber! I hope it's not bitter as this is the first time I've grown a non all-female variety. 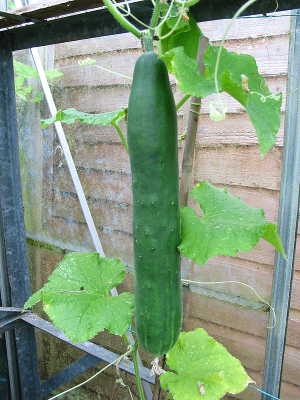 And there is a half decent melon forming, but I never seem to be able to grow more than one per plant. 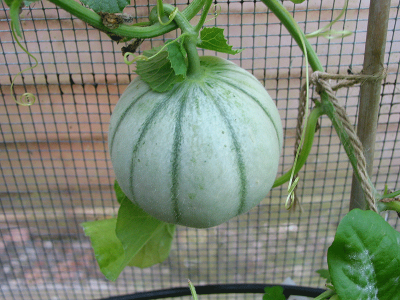 The chillis are also fruiting. I bit into one to try it out and they have a good amount of heat in them despite them still being green. 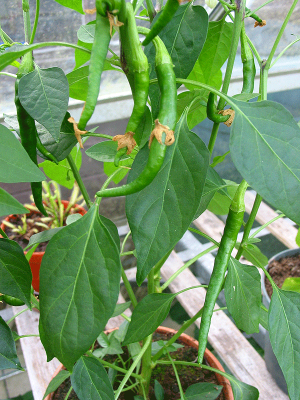 I found this little guy living in the tray of water that the aubergines and peppers stand in. I can't adjust the flow to each dripper so this tray fills up whereas the trays for the tomatoes dries out so it's a compromise. The water helps maintain humidity levels and provides a home for slug eating amphibians. The aubergines and peppers are fruiting so standing in water has not been detrimental. 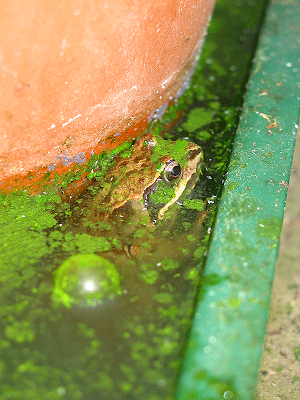 Outside the tomatoes (sub arctic plenty) are ready and they taste good; never tried them before. 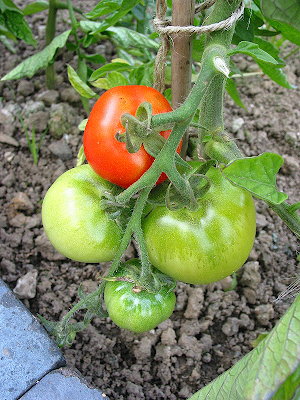 I think I will get some leeks this year after all, they were very thin when they were planted out late but they are fattening up nicely. 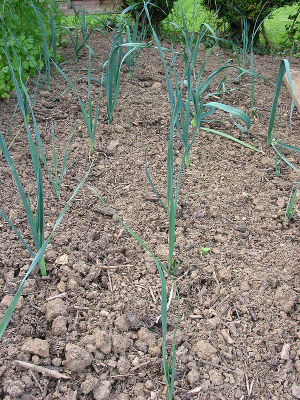 It's surprising what people throw away. Nearby several bags of spent potting compost had been fly tipped so ever the opportunist I bagged it up and spread it over the beds that had once been lawn as these need it the most. Here it is around the developing squash plants which have started to develop little fruits. 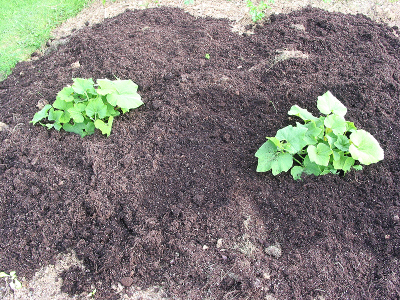 Some of the sweetcorn cobs look nearly ready! Another few weeks perhaps, when the tassles have darkened a bit more. 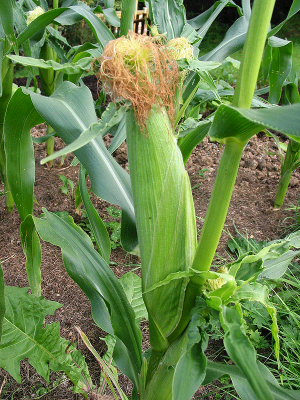 I've been picking beetroot for a few weeks now as and when they are ready. I did plan to pickle some but I probably will eat them all before that. 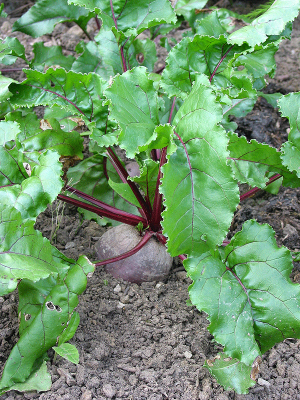 I was concerned that the asparagus was not growing well but it has continued to throw up new spears through the season and the ferns are a decent size now. I've added some compost as a mulch too as the soil looks quite dry. In the winter I'll lay on a nice deep mulch of well rotted compost. 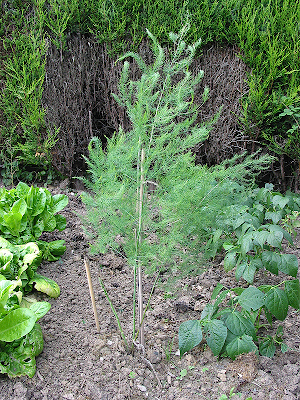 It's a mixed bag on the fruit trees. There is only one pear. 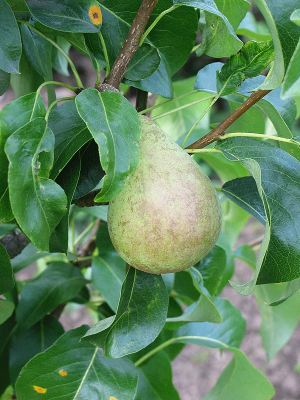 And a few plums. 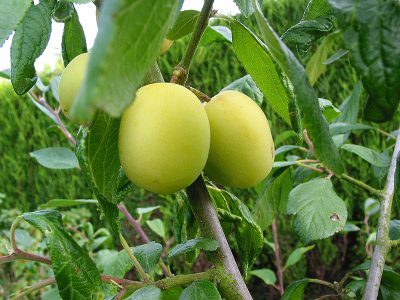 But lots of apples! 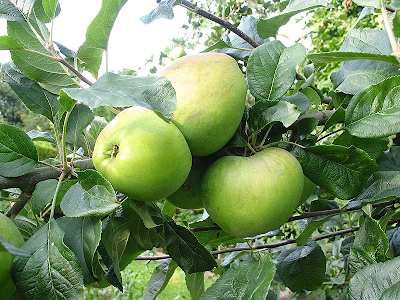 Looks like there will be a lot of stewed apples! I do plan to have a go at making cider although I suspect the result will be a very dry cider. I'm going to make a cider press using these plans

And talking of gluts, the mother of all gluts has been the courgettes. I've made curries, soups, cakes, puree and chutney and still they come! More like marrows sometimes. 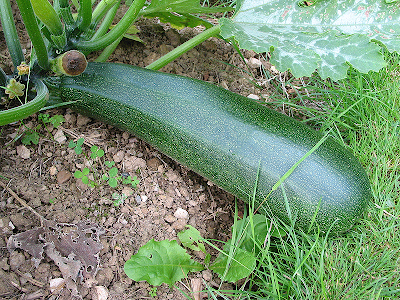 What about this for a turnip? A monster! It was made into a rather nice gratin meal; I got the recipe from Milly on the Grow Your Own forum. 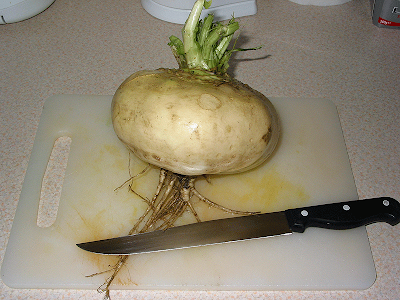