The International Kidney spuds definitely had blight; I have had to discard most of the tubers. However, the rest of the spuds (Dunluce and Kestrel) seem to be fine and I got some very large tubers which will be ideal for baking.

The fig tree produce three fruits in the end and they tasted delicious; a great success.

Also a success are the onions. The dry spell was ideal for drying them out after pulling them up. It is important to keep them dry as I ruined the overwintered onions by leaving them out in the rain and they started to rot very quickly. A lesson learned.

The garlic have produced some big bulbs, probably the best I've grown.

Is all this success due to improved soil conditions? It certainly seems easier to dig and hoe, but it still dries out quickly when there is no rain. The compost and leaf mould is looking good so I shall be digging that in soon, probably after some rain when the soil will be easier to break up, but not overly wet when it becomes very heavy to work.

I tried the sweetcorn and it's not quite ready yet. So I looked at the mini sweetcorn and that is ready, perhaps it is too big. It was very tasty in a stir fry.

This picture shows the difference in size between the mini sweetcorn (bottom)and its normal counterpart. Above them are the runner beans which have been prolific along with the chillis (above the runners). 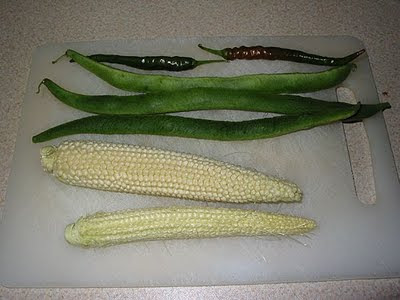 The raspberries and blackberries are starting to ripen both look to have produced a lot of fruit too. The plums are a bit of a disappointment, not much fruit (about six) but they make up for that with taste.

I picked two pears, yes that is all, before they get eaten by wasps. They are too hard to eat yet so they will ripen on the kitchen windowsill.

I am going to try and organise the greenhouse properly next year. It is too crowded, I will grow one less tomato plant and grow about three chillis (I'll try and overwinter the ones I have) instead of six. Then I may not grow cucumbers anymore as they don't really thrive in the crowded conditions. That should give me more room for the aubergines, melons and peppers which I do want to keep growing. But I may revise that decision depending on what I get off the plants this year. The aubergines don't look very promising at the moment.

I have a lot of bare earth on the beds now that the spuds and onions are out, so I may consider sowing some green manure. But I do need to reserve space for garlic and overwintered onions. That means I need to start thinking of ordering next year's seeds. Is it that time already?
Posted by Unknown at 19:37 2 comments:

I seem to have been busy for the last few weekends and have not got around to taking pictures of the garden. There's been a lot of wet weather which has promoted the veg growth and I'm getting huge yields.

The downside to the wet weather is that there is more likely to be blight and I think my spuds have got some. 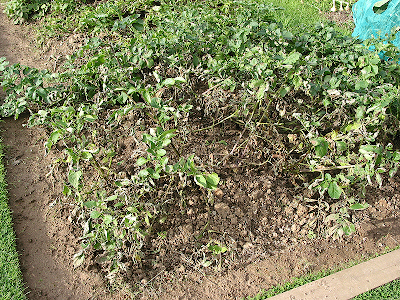 I should have been digging these spuds up earlier but I've left them until I need to eat them. I decided to dig the first two rows up which I think are International Kidney, as they are the worst affected. I think I have caught them early enough as the spuds themselves seem unaffected. I'm not sure of the variety since my records were lost when my laptop crashed. So, two lessons learned; one it's very easy to forget what and where you planted things and second make copies.

The second sowing of kohlrabi are ready. 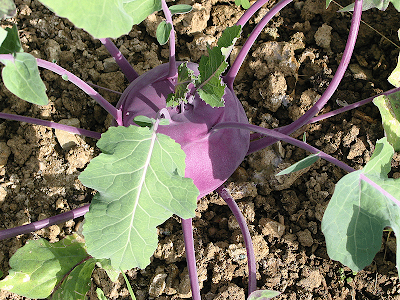 For once I seem to be getting a decent pumpkin this year. All my previous efforts have failed. 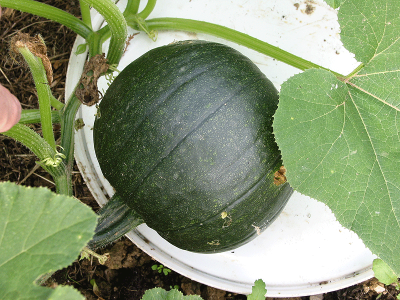 The runner beans are very productive too. I didn't even prepare a trench; must be down to the wet weather again. I froze a lot for later use. 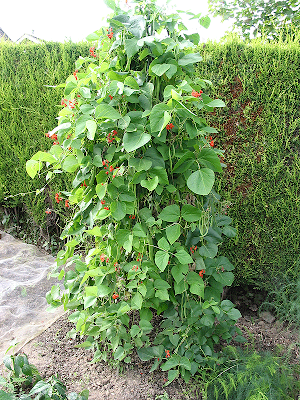 The asparagus has thrown up a lot of new shoots which bodes well for next year when I can harvest some for the first time. 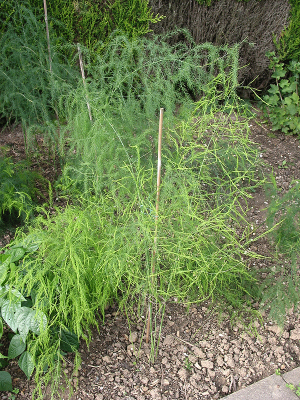 I planted out some purple sprouting broccoli and covered them with environmesh. I left this a bit late perhaps but then I didn't have any space. These filled in the gap left by the peas, turnips and overwintered onions. 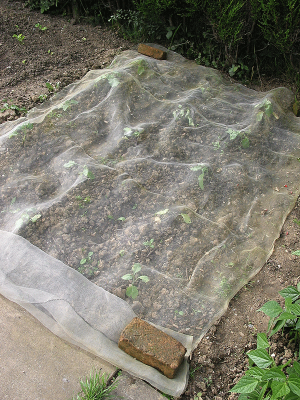 For the same reasons I have planted the parsnips very late. They did very poorly in the toilet rolls, not sure why. Let's hope they pick up now they are in the ground. 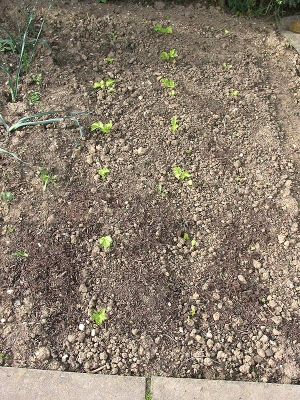 The courgettes are just crazy. What to do with them? I have given most away, there are just too many. But today I read from Skippy's blog that you can freeze grated courgette for subsequent baking. So that should work for the courgette cake I make. 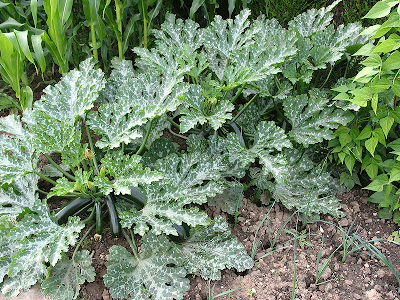 The sweetcorn is now 7 foot tall and finally showing the male flowers...., well on the normal sweetcorn plants. The mini(!?) sweetcorn is the tallest but yet to flower. 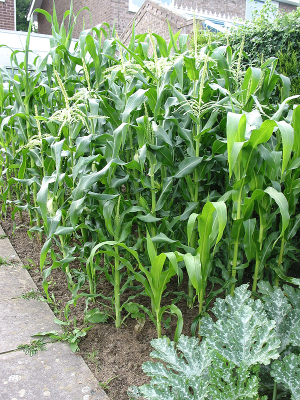 The spring sown onions are ripening and they will be pulled soon. I planted them closely and they have still swelled to a good size. 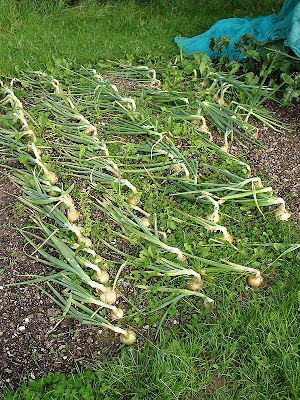 The sprouts are under the builder's netting that I acquired and I just haven't had time to make a permanent cage. It seems to be keeping the butterflies off. 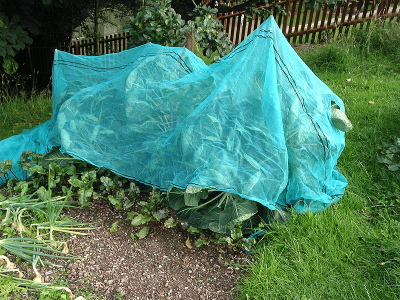 Finally some greenhouse pictures. The tomatoes have hit the roof and I have pinched the tops out. I think there is too much in there and as usual the cucumbers are not making fruit which I put down to the competition for light with the tomatoes. 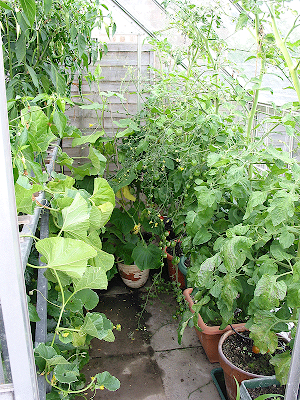 Opposite the tomatoes though, the chillis are making lots of green fruits.