The previous weekend, it rained heavily so I was unable to get out in the garden much. I did manage to pot the tomatoes into their final containers and they are now in the greenhouse with the automatic watering system all rigged up and working.

Last weekend was glorious and in complete contrast. I planted out one pot of the leeks, the parsley and outdoor tomatoes.

I harvested a few turnips and kohlrabi and made a curry dish from each. The turnips were done in a yoghurt and tomato sauce with cumin seed and cayenne pepper. The kohlrabi were cooked in a tomato and vegetable stock with chillis and cumin seeds and I have to say they were delicious.

I also picked a lot of broad beans and spent a relaxing time shelling them in the sun. Most were put into the freezer as there were just too many to cook for one meal. The rest were cooked with peas, mint, parsley and coriander and eaten with couscous. I didn't have any peas ready to eat this time, but except for the couscous too, it was all from the garden. The freshness really came though in the taste. Here's the recipe:

I haven't included pictures in this blog because I have not been able to upload them to my laptop which is under repair. So I'm writing this on another computer and haven't got my camera handy to upload it too.
Posted by Unknown at 19:26 No comments:

It's been a busy time. I have been freeing up space in the greenhouse so that the plants can be set up in their final positions with the automatic watering system rigged up. So first up I planted out the runner beans and Borlotti beans. They will grow up wigwams. I will have to water them well as I didn't add any compost to the planting holes to allow for their thirsty nature. The hedge behind will also dry the soil out. 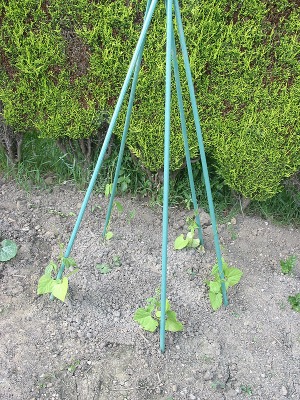 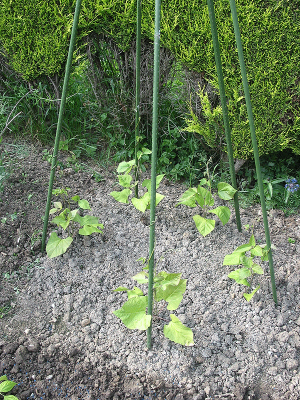 I discovered that the grape did not survive the winter after all so I decided to grow the spare runner beans up the fence where the grape should have grown. 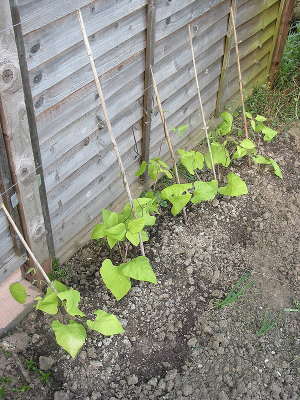 In the greenhouse, the aubergines, cucumbers, peppers and melons have been potted up into their final pots. They are growing so much better now they are not in the peat free compost I bought from B&Q. I really don't recommend it. It's more like bark chippings.

The cucumbers already have fruit forming. 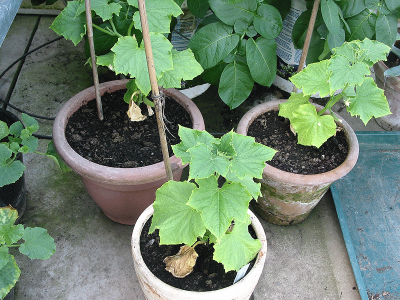 The tomatoes are yet to go in their final pots only because I didn't have enough compost for them. 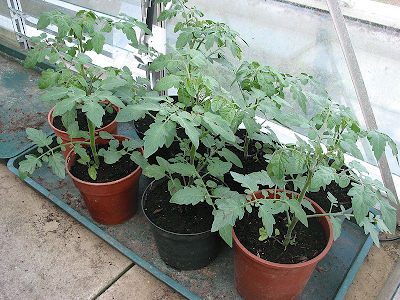 The parsnips have germinated well at last after buying fresh seed and sowing direct into loo rolls. I'm not too concerned that I haven't planted them out yet as I don't have the space anyway. They will go where the broad beans have been most likely as these will be harvested first. 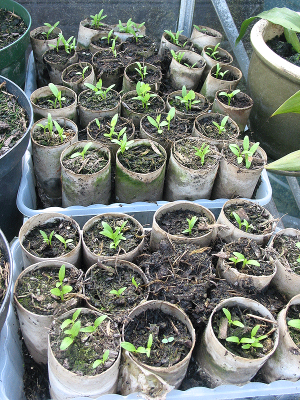 With the recent hot weather the louvre vent is working well. Temperatures have reached nearly 40°C in the greenhouse which is about as hot as I'd like it to get. 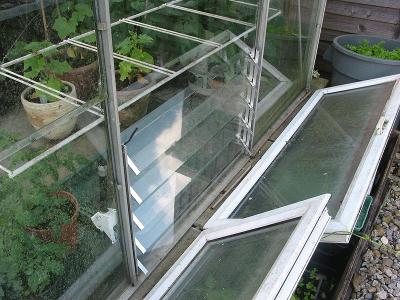 I have picked about 2kg of the overwintered broad beans already. 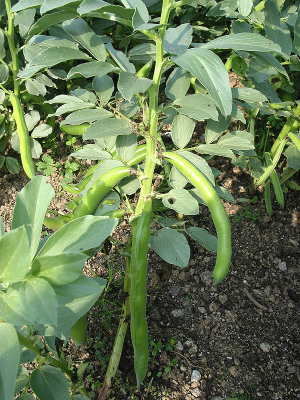 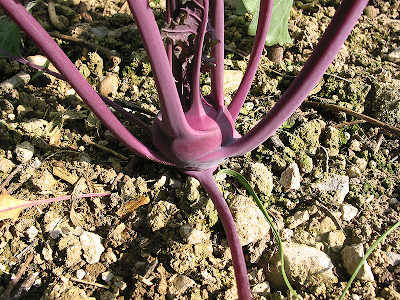 and the lettuce grown under the domes look ready and are significantly bigger than those without cover. 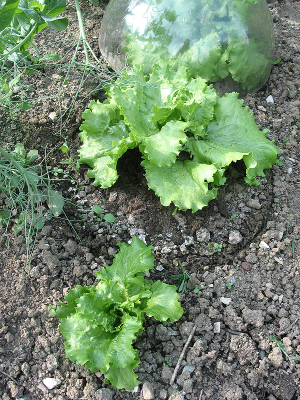 The turnips are swelling up too 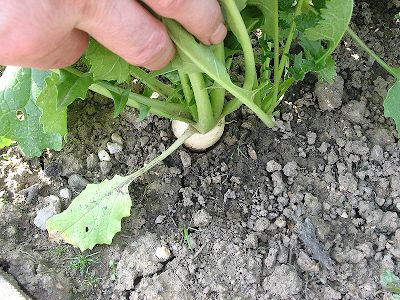 I've planted a lot of sweetcorn. Most are for baby sweetcorn which I haven't grown before and I'm not sure what to expect. I presume they produce lots of small cobs. Well I hope there are lots of cobs rather than a few you get with normal sweetcorn. 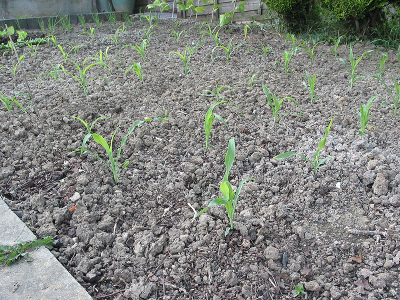 The peas are flowering. 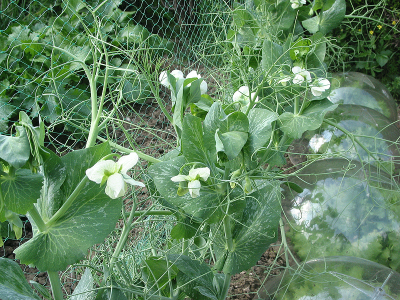 I think the coriander is enjoying its partially shady spot. 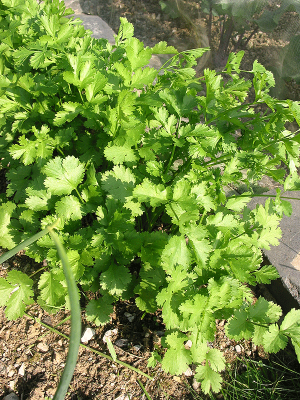 And I'm looking forward to these figs. 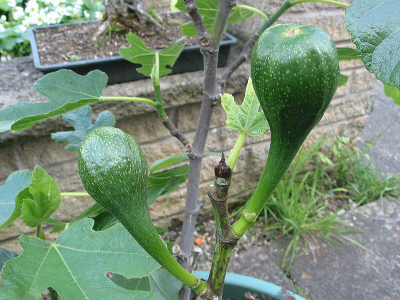 Can anyone confirm that this is comfrey? The leaf in the foreground is a bramble so ignore that and concentrate on the flowers. 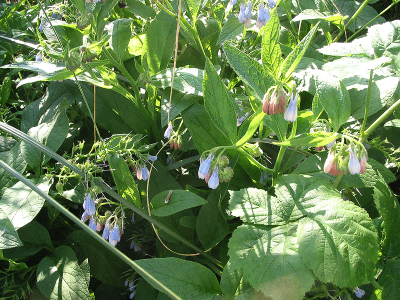 It will be great if is of course as I can use it to make a liquid fertiliser.

Finally, I dug up the horseradish to stop it crowding out the redcurrant bush. I peeled and grated it expecting to have my sinuses cleared but it turned out tasteless. Perhaps it needed another hard winter to get the heat into it. I've replanted a bit of the root in a pot and then when it shoots again I will probably give it away.
Posted by Unknown at 21:50 1 comment: