The garden is much in need of rain. My son is gainfully employed in watering the garden whilst on his school holidays and waiting for his GCSE results. Even then, there are large cracks showing as the heavy clay bakes into something resembling concrete. However, where I have mulched, then the soil has not dried out so much. So I need to keep applying the compost. It's a familiar story that I've told before.

In the greenhouse the plants are suffering too. Even with their feet in water the tomatoes have pale leaves and slow growth. It may be because I haven't fed them so much. I'll get some fruit though and have picked a nice cucumber. 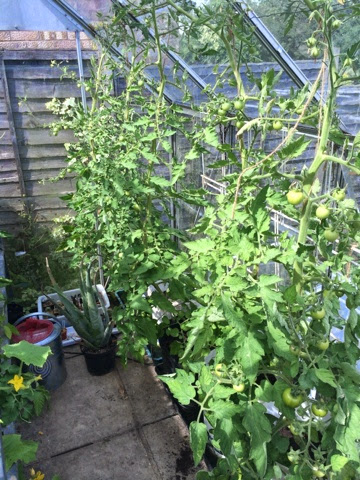 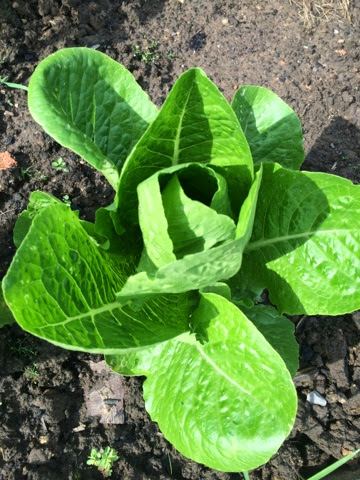 And some climbing beans. 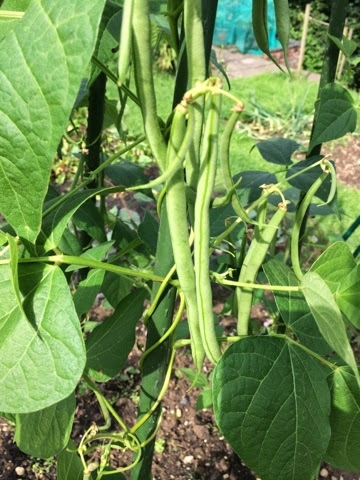 And tomatoes which were good with the lettuce and cucumber In a salad. 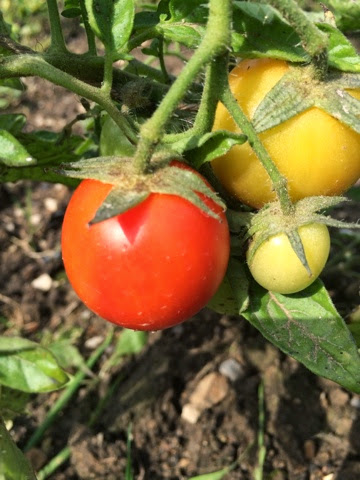 The outdoor tomatoes are rather pathetic truth be told, so it's good to get anything.